The most successful team in recent Chinese football history were dumped out of the Asian Champions League in the group stage Friday, compounding a poor campaign by their standards.

Soon after, Evergrande said that they were changing their structure so that a general manager will have "main responsibility" instead of the head coach.

In a subsequent announcement, also on the club's website, it said that veteran international midfielder Zheng Zhi will be general manager.

There was no mention of the 47-year-old Cannavaro, who guided Evergrande to the CSL title last year, but his head coach post appears to now have no power.

Chinese media speculated that a stumbling block to sacking Cannavaro outright is compensation. The 2006 World Cup-winning captain reportedly has two years left on his 12-million-euro-a-year deal.

Now in his second stint as Evergrande coach, Cannavaro has been in charge since November 2017.

But despite him taking them to an eighth CSL crown last year, some fans have never been convinced by the Italian as a manager.

In October last year, following a poor run of results, the former Real Madrid and Juventus defender was similarly moved aside for the 40-year-old Zheng, who is a player/assistant to Cannavaro.

On that occasion, Cannavaro was ordered to attend "corporate culture training" but he returned after a stint away to lead Evergrande to the title.

If Cannavaro is sacked this time, it will be his second dismissal following a failed spell at the club in 2014-2015.

A weakened team went out in the second round of the Chinese FA Cup and their Asian Champions League title assault ended when Suwon Bluewings beat Vissel Kobe in the final group-stage game on Friday. 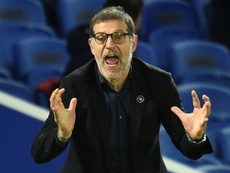 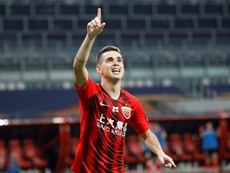 'End of an era' as Chinese football's star power fades 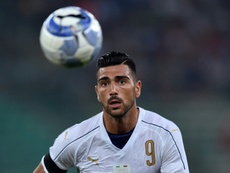 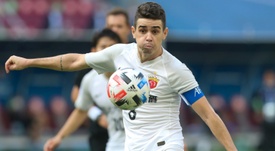