The Frenchman is back on track after nearly a month out due to an unfortunate injury. His coach, Julien Stephan, hopes he will make the difference.

Rennes has won just one of its last seven matches in all competitions. A situation that has brought criticism for the first time in a long time to Eduardo Camavinga, 17, who was expected to lead the French team in its first Champions League experience.

However, a drop in performance and the explosion of 18-year-old Adrien Truffert relegated the Frenchman to a secondary role. The mysterious physical discomfort was only the finishing touch, forcing him to miss the group stage defeats against Seville (1-0) and Chelsea (3-0). Now, he will have the chance to reclaim his place.

Against the London team, Camavinga hopes to regain his coach's confidence. After all, the French need a knockout blow to help them turn around their situation and make a bid for third place in the group, which they hold on equal terms with Krasnodar. It will not be easy though.

So far this year, however, Eduardo Camavinga has already equalled his goalscoring record from last year (one goal) and is about to do the same in the assists section (one), although his main task against Frank Lampard's side will, as always, be to hold the team back and distribute quality passes to his team-mates.

It is in his hands to dispel doubts about his quality and potential. Doubts that are generated, after all, about any teenager settled in professional football. 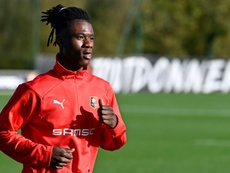 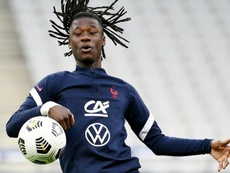 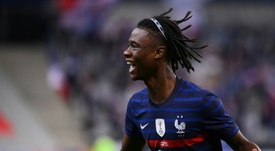