New airs that are old aires, because one thing that the Camp Nou knows is to have the ball and how to use it to hurt the other team. The 'DNA' was never lost, although Ernesto Valverde was always accused of not continuing the style that gave Barcelona so much success.

Nobody like Sergio Busquets to measure the good footballing health of Barcelona. His game is a sign: if he performs, it is rare that Barça do not. If Busquets has the ball, Barça have the ball. If he enjoys his the game, Barca do not suffer.

Barca haven't passed the ball as much since the times of Guardiola and Tito, with 1005 passes and a 92% success rate. The football laboratory ProFootballDB, provides arguments to support the idea that Barcelona want to get back to the style of passing that they traditionally did.

Busquets, for example, made more correct passes than the whole Granada team, i.e, 145 v 130. The most amount of passes that the CM had made under Ernesto Valverde was 102 against Espanyol. His average amount was 78.83.

In particular, Busquets has been the focus of criticism for his alleged physical blackout, especially pointed out in the debacles against Rome and Liverpool. He is now 31 and has been at the top for more than a decade.

"You'll see what he asks of us," the player said after the match against Granada. The performance on the park already gives a glimpse of it. 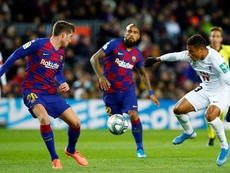 The problem Setien has on his hands: Barca's average age 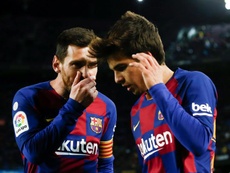 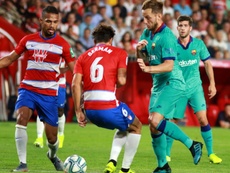 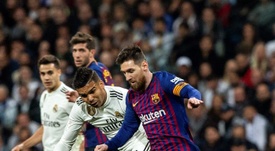