Former Flamengo goalkeeper Bruno de Souza, who was convicted over the murder of his girlfriend in 2013, has been ordered to return to prison following his controversial release.

The 32-year-old was arrested in 2010 and sentenced to 22 years in jail three years later after being found guilty of ordering the kidnap and murder of lover Eliza Samudio, before her body was allegedly fed to dogs.

He was released from prison in February just seven years into his sentence, on the grounds his three-year pre-trial incarceration was excessive, and signed a contract with Boa Esporte.

However, three out of four judges on a panel of Brazil's Supreme Court (STF) ruled that he should be sent back to jail.

Bruno was filmed voluntarily arriving at the police station in Varginha on Tuesday.

"He presented himself but, since the arrest warrant had not arrived, he promised to present himself tomorrow [Wednesday] and he will do so with me," his lawyer, Lucio Adolfo, was quoted as saying by Globoesporte.

It is reported that Brazil's chief prosecutor, Rodrigo Janot, had formally requested for Bruno to return to jail after Samudio's family had said that his release before a final trial put them at risk.

Bruno, who had been tipped to make Brazil's World Cup squad in 2014 during a promising early career, played five matches for Boa after joining the club.

His signing sparked outrage among a number of football fans and players. A human rights group started a petition to ban him from being able to sign for clubs and Boa reportedly lost a number of sponsors after announcing the deal.

However, many fans offered him vocal support at training sessions and matches. 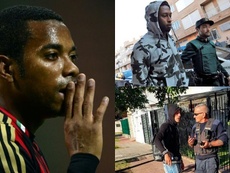 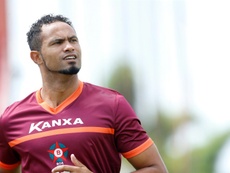 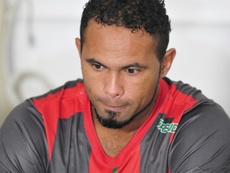 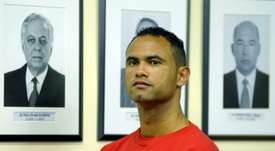