Werder Bremen coach Florian Kohfeldt says he apologised to Claudio Pizarro, 41, after keeping the veteran striker on the bench for his final match of a career which has spanned three decades.

Having made his Bremen debut in 1999, Pizarro had spells at Bayern Munich, Chelsea and Cologne before returning to Werder in 2018.

His biggest success came at Bayern where he won the Bundesliga six times and was in the squad which lifted the 2013 treble of league, cup and Champions League trophies. Having made 18 league appearances - all off the bench - this season for Bremen, he retired after Monday's 2-2 draw in the relegation/promotion play-off at Heidenheim meant Werder stay in the Bundesliga next season.

After the final whistle, Pizarro was hoisted into the air and Kohfeldt, who is four years younger than his striker, went to apologise.

"I was with him after the game and apologised that I couldn't bring him on in his last game," said the 37-year-old Kohfeldt. "The situation simply wasn't right". Pizarro was clearly delighted simply to have avoided finishing his career with a second relegation having gone down with Cologne in 2018 when they finished last in the Bundesliga.

"He told me that he didn't give a shit (about not coming on) - the main thing is that we stayed up," added Kohfeldt with a smile. The Peruvian wrote "Thanks, lads. Thanks, Werder Bremen - second division, never!" on Twitter in the early hours of Tuesday.

Pizzaro scored 197 goals in 490 Bundesliga games for Bremen, Bayern and Cologne. Bayern Munich striker Robert Lewandowski is the only foreigner to have scored more in Germany's top flight. Pizarro scored at least one goal in 21 consecutive calendar years from 1999 to 2019 and Kohfeldt paid tribute to the evergreen former Peru international.

"We watched a video (of Bremen games) from the last three decades and it's always the same face (Pizarro) that is laughing there," said Kohfeldt. "That just shows the joy he gave the Werder fans, how much importance he has for this club. I can't pull my hat lower or bow deeper to Claudio Pizarro and what he did for Werder Bremen, for the Bundesliga. And I'm glad that we were able to end this chapter in the Bundesliga."

Pizarro has not said what his future holds, except that he has been offered the position as brand ambassador for Bayern Munich. He has made it clear he does not want to become a coach, but wants to spend more time with his wife and three children, who were all born in Germany. In an ARD documentary, Pizarro also said he also wants to spend time on his stud farm in Peru, which is influenced by his time in Germany with his horses named "Merkel", "Oktoberfest" and "El Kaiser". 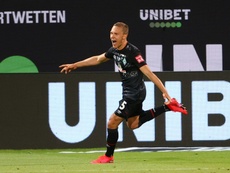 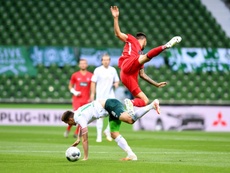 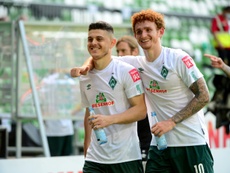 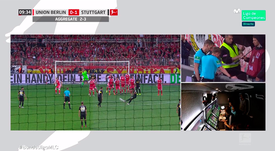