BeSoccer 3 years ago 480
The Mane Garrincha stadium in Brasilia has been little-used since the 2014 World Cup finals. AFP
Brasiliense and Bolamense clubs were playing on one of Brazil's biggest stages, a 73,000 capacity stadium in the capital Brasilia -- and with just 100 or so supporters in attendance.

The Mane Garrincha stadium, named after one of Brazil's greatest players and built ahead of the 2014 World Cup, is beautiful and enormous.

Its only problem? Being built in a city with no decent teams and where almost no one watches live football.

As Russia puts the finishing touches to its preparations for the World Cup this summer, this Brazilian white elephant offers a stark warning of what can go wrong.

The last proper use of the Mane Garrincha was a year and a half ago during the Olympics. At best today, you can catch games like that February 21 clash, where the tiny crowd watched Brasiliense win 1-0 on a penalty, surrounded by an ocean of empty seats.

Brasilia does not even have a local club in the top three national divisions.

All agree that the Mane Garrincha looks enticing. Costing an estimated $500 million to build, with 288 slender columns and blood-red grandstands, it is a jewel of sporting architecture.

Yet in 2017 it did not host a single big game and instead became a center for a weird mixture of non-footballing activities -- weddings, obstacle course contests, private parties.

Some of the stadium's office space now serves the local government. Municipal buses use the empty carpark as a depot.

"It's an elephant, but more colorful than just white," said Jaime Recena, tourism secretary for the capital. "We have to think of more colorful ways out than for the other World Cup stadiums."

Inside, you still find logos from the long forgotten games played here during the Olympics.

In one of the offices, which have a panoramic view of the pitch, there's a handwritten list of events planned for 2018:

World Water Forum, the 42nd Congress of the Brazilian Zoos and Aquariums Society, and two concerts, one of them by ex-Pink Floyd star Roger Waters.

"It was a bad decision building it," said Julio Cesar Reis, president of Brasilia's development agency, which financed the stadium with tax money. "We've had so many difficulties since then and we stopped investing in urban infrastructure like water, roads and energy."

The agency hopes that it will soon sign a deal in which the stadium will be developed to include stores and pedestrian areas and entertainment.

"We need to attract big events, but this isn't the state's role," Reis said.

The stadium was first used in the Confederations Cup of 2013, the warm-up tournament for the World Cup. Back then, Brazil was riding the tail end of a surge in optimism and economic prosperity in which hosting the global football showpiece and the Olympics seemed like a coronation.

But by the time those mega-events took place, the country was sliding back into troubled economic and political times, while numerous proud projects like the Mane Garrincha became magnets for corrupt politicians and contractors.

"The corrupt go to where the money is," said Gil Castello Branco, secretary general of the public spending watchdog Contas Abertas.

Prosecutors have been on the rampage over the last four years, snaring many powerful figures. Last year police arrested an advisor to scandal-tainted President Michel Temer and two former governors of the Brasilia district in connection with embezzlement from the stadium project.

The football did not go to plan either.

This stadium was meant to have been part of the national team's triumphant route to a home victory in the 2014 World Cup. Instead the talented players flopped, losing in traumatic fashion 7-1 to Germany in the semi-final.

Mentioned in the news story
Brasil 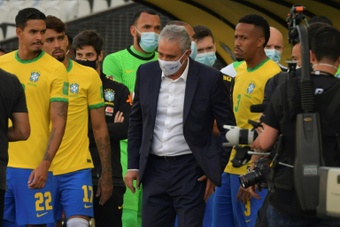 "Lodi missed out on the squad as he's not vaccinated" 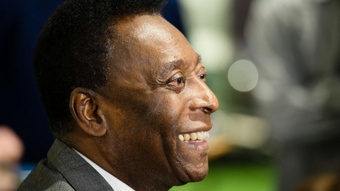 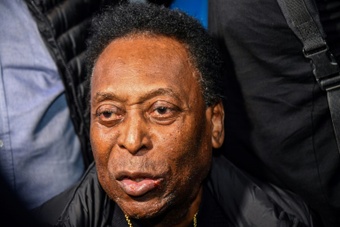 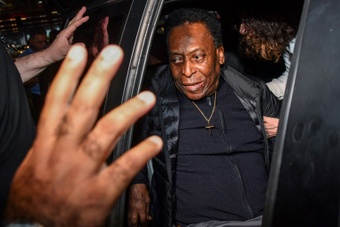 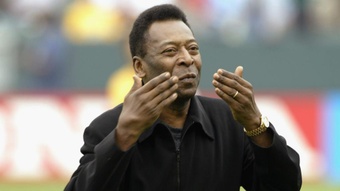 Pele back in hospital but 'stable'