Union Berlin rose to fourth - into the Champions League places for the first time in the club's history as Awoniyi shines.

Union Berlin rose to fourth - into the Champions League places for the first time in the club's history - after their 2-0 win at Werder Bremen.

Liverpool loanee Taiwo Awoniyi, who has scored in his last three league games, capped another impressive display with a goal and assist.

After Bremen lost the ball in their own half, the 23-year-old Nigeria international took advantage of a two-on-two situation by drawing the defence and passing to Sheraldo Becker, who fired home on 12 minutes.

Awoniyi doubled Union's lead on 28 minutes by punting the ball over the line, just out of the reach of Bremen goalkeeper Jiri Pavlenka.

Bremen had a penalty appeal turned down when a shot by Japan midfielder Yuya Osako clipped the hand of a Union defender, then Romano Schmidt had a goal ruled off side.

Hoffenheim lost both defender Kevin Akpoguma and Germany midfielder Sebastian Rudy with early leg injuries as they crashed to a 3-1 home defeat to Freiburg.

With the hosts struggling to reshuffle, Freiburg were 3-0 up at half-time thanks to a Baptiste Santamaria goal, a Vincenzo Grifo penalty and an own goal by Senegal defender Kasim Adams.

Borussia Moenchengeladbach, who host Manchester City in the last 16, first leg, of the Champions League next month, earned their first win in five league games with a 1-0 win at Arminia Bielefeld.

Burly Swiss striker Breel Embolo netted the winning goal just after half-time when he held off a defender and fired home.

Mid-table Augsburg rebounded after back-to-back defeats with a 1-0 win at Cologne with Brazilian winger Iago netting the late winner. 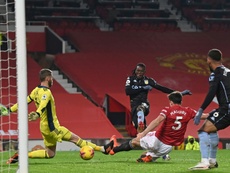 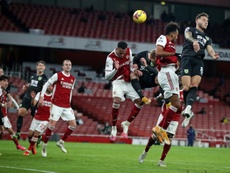 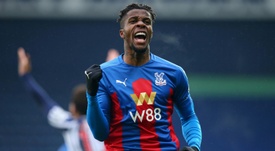