BeSoccer and BeSoccer Pro team up with UD Melilla

BeSoccer 6 days ago 89
BeSoccer and BeSoccer Pro team up with UD Melilla
UD Melilla has extended its links with the BeSoccer family after reaching an agreement to continue working with BeSoccer Pro, the largest database in the world of football. A step forward to adapt to the new methods of sports and technical management.

With an exciting season underway, BeSoccer is pleased to announce a new agreement with one of its most recognizable customers, the UD Melilla. Throughout the 2021-22 season, the Malaga-based company and the club from the autonomous city of Melilla will continue to work together with a new incentive, BeSoccer Pro.

UD Melilla will once again be part of the long list of clubs that benefit from the technological services of APIs and maintenance of BeSoccer. In addition, it will begin to enjoy BeSoccer Pro, the largest database in the world of football. A strategic step to grow in the very demanding 4th tier of Spanish football.

As many entities from all over Spain and around the world have already done, UD Melilla relies on an innovative and data-oriented service, available quickly and intuitively through its tool and the advice of its analysts. It is a new way of understanding the sporting and technical management of a club.

With this agreement, UD Melilla continues to be part of the BeSoccer family. The Malaga-based company maintains various collaboration agreements across a variety of categories, both Spanish and, increasingly, international. These are the cases of Deportivo Alaves, Espanyol, Cadiz, Valencia and Granada, in LaLiga; Malaga CF, Girona and Real Zaragoza, in the Segunda Division; Linares Deportivo, UCAM Murcia, Atletico Baleares, Algeciras and UE Cornella, within the challenging RFEF First Division; Real Murcia, in the RFEF Second Division; and Las Rozas and El Palo in the RFEF Third Division. As representatives in international football we find Millonarios, Sporting CP, Lens and Amora, as well as Malaga and Madrid CFF in women's football and BeSoccer CD UMA Antequera in futsal. 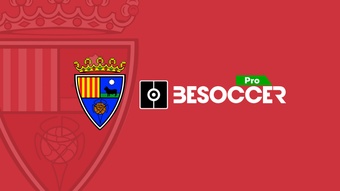 Real Murcia and BeSoccer will be partners this season 2021-22