River Plate head coach Marcelo Gallardo insists nothing can compare to last year's Copa Libertadores final triumph over Boca Juniors as his side prepare to face their bitter rivals once more in the semi-finals of this season's competition.

River claimed continental glory in unforgettable style last year – winning 3-1 after extra-time at the Santiago Bernabeu for a 5-3 aggregate triumph in a second leg that was moved to Madrid after Boca's team bus was attacked en route to El Monumental for the originally scheduled return fixture. There were no such unsavoury scenes ahead of the semi-final first leg this month, although it proved a painful experience on the field for Boca as they went down 2-0.

Rafael Santos Borre opened the scoring from the penalty spot before Ignacio Fernandez embellished River's advantage in the 70th minute and Boca's Nicolas Capaldo was sent off in stoppage time. A comeback from such a position at a fervent Bombonera would arguably go some way to expunging the pain of last season's final for the Boca faithful, a match Gallardo ranks as a career high that will never be topped.

"The match of my life already happened last December in Madrid," he told a pre-match news conference. "That's the match of my life, my sports life, right? This is a very important match, a new challenge. But, that's it."

Boca have not tasted victory in any of the past six Superclasicos across all competitions but Gallardo, who will field the same XI that won the first leg, feels it counts for little ahead of the short trip to the south of Buenos Aires.

"For me, 'statistics' don't matter," he said. "We don't think about statistics or recent things. We live in the present time, our team is focused on this match, we don't think about what happened previously. It's a new challenge for us, to play for a new Copa Libertadores final qualification."

Colombia playmaker Juan Fernando Quintero, a hero of the Bernabeu clash thanks to his pivotal and spectacular goal in extra time, is in line for a place on the bench having recently returned to action from a ruptured anterior cruciate ligament.

"Quintero is fine, he's good," Gallardo added, having introduced the 26-year-old from the bench during River's past two outings against Almagro and Arsenal de Sarandi. "Technically he is intact and is very much looking forward to it. We saw in these last games, in which he entered in the last minutes, that he is well intact. You have to see what the moments of the game are that are favourable to a player of his characteristics." 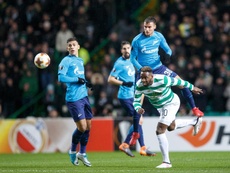 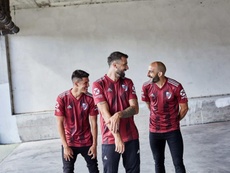 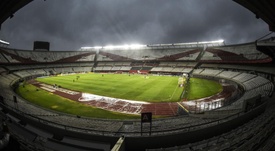