Benfica secured a Europa League spot after a 3-0 win over Zenit but midfielder Pizzi was frustrated not to progress from Group G.

Benfica midfielder Pizzi felt his side's performances in the Champions League warranted more than a third-place finish in Group G, even if it secured them a spot in the Europa League.

The Portuguese team signed off the group stage with an emphatic 3-0 win over Zenit on Tuesday.

It was a victory which ensured they will play European football next year, albeit in the second-tier competition, courtesy of their superior head-to-head record with Zenit.

However, Pizzi claimed what they showed overall across the campaign should have led to a spot in the last 16, with RB Leipzig and Lyon instead progressing to the next stage.

"I think that we deserved a bit more in this competition," Pizzi told reporters after their triumph over Zenit.

"It was not these last two games that dictated this outcome. In this last game, we could no longer look back.

"We wanted to play and win this game and that's what we did. We won convincingly."

Pizzi provided the assist for Benfica's opening goal, scored by Franco Cervi, and then found the net himself from the penalty spot.

The 30-year-old has enjoyed a fruitful season in Europe and has scored in three of his last four Champions League games for Benfica, having failed to score in any of his first 33 appearances in the competition.

"I am in a very good phase. Fortunately, things have gone well," he added.

"I have support from the whole structure at Benfica. Our dressing room is strong and united, we all row for the same side. It's everyone's work that is involved here.

"Once again, I was able to help the team with an assist and a goal, but the most important thing is the team's victory."

Benfica head coach Bruno Lage shared Pizzi's sentiment of frustration that they were not able to progress.

He said: "Could we have gone further? Yes. But we have to come to the games without negative emotions of the past, whatever the competition."

Despite their own lacklustre display, Zenit looked set to qualify for the knockout stage ahead of Lyon, only for an equaliser from Memphis Depay and send the Ligue 1 side through.

The result, combined with their own loss, means Zenit finish at the bottom of the final table.

Head coach Sergei Semak said: "Everyone did know the result of the other match at half-time when RB Leipzig led 2-0 at Lyon.

"But I don't think it influenced our performance, made them relax or anything. It's all about the mistakes we made on the pitch." 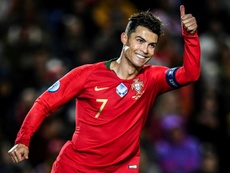 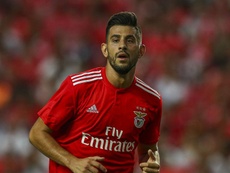 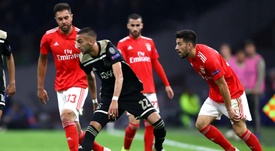