Footballers should be allowed to speak their minds rather than being forced to act as PR machines, says Manchester United and England great Gary Neville.

The 45-year-old, a member of Alex Ferguson's famed "Class of '92" at Old Trafford, believes players should take "ownership of themselves".

"We need players to be more forthright in interviews and more accepting that in those interviews they display leadership characteristics," Neville said at this week's SportsPro conference. "We often accuse them of lacking what we did, that it is not like the old days, then they get criticised for it when they express opinions. We have got to be really careful with young players -- you can micro-manage them too much sometimes.

"You see Twitter feeds that clearly are not being developed by them (the players) but by their PR machine and I don't like that."

Neville, a two-time Champions League winner, has forged a successful career as a TV summariser and juggles a number of business interests. He has a stake in League Two Salford City alongside former teammates including Ryan Giggs and David Beckham, co-owns two hotels with Giggs and set up University Academy 92 with his ex-teammates. It is this type of entrepreneurial streak he hopes to see in younger players.

"They should have independent thinking," he told the conference run by SportsPro, a international media company for the sports industry. They should attend their contract meetings and PR meetings, they should develop their talents for when they reach 35 and their teams around them leave them. They should take ownership of themselves."

Neville says players should not be punished for saying what they think. "I get dismayed by interviews post-match, the same old stuff being spurted out but when a player says 'I was appalling today' or 'he made a mistake' they say he has gone rogue. Well no, he's speaking the truth. He is saying what will be said in the dressing room. There is a balance between being rogue and saying nothing."

Neville admits he is an "interfering so and so" at fourth-tier Salford City, which he wants to make affordable for the public in a era of rocketing ticket prices.

"We'd like to get to 5,000 people attending regularly in the next four to five years and who can comfortably afford it," he said. "I believe in that. We have the lowest ticket price in the league and people can gripe and say well we are wealthy owners but we believe in it as an ideal. Football has priced itself out of the market and it is completely wrong. In my mind children growing up in the streets of Manchester, Liverpool, should be able to afford to go inside the stadium and watch their teams. Unfortunately it is not the case." 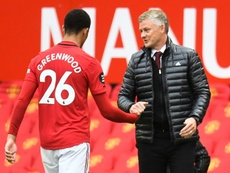 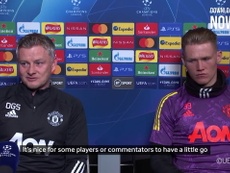 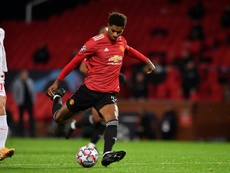 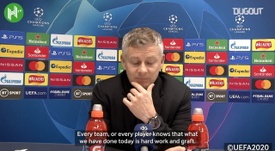