Bayern v Besiktas was interrupted by an unexpected onlooker

Bayern were cruising to victory at the Vodafone Arena before play had to be stopped temporarily due to a stray cat making its way onto the pitch.

Bayern Munich headed to Turkey with a comfortable 5-0 lead from the first leg and goals either side of the break further increased their chances of reaching the quarter-finals. Thiago Alcantara opened the scoring before Gonul found the back of his own net five minutes into the re-start.

The hosts pushed forward hoping to get back into the tie when the game had to be stopped temporarily due to a cat strolling on to the pitch. With the feline viewer prowling down by the corner flag, Michael Oliver stopped play for a minute before letting the game continue.

Check out this awesome video: Cat Interrupts A Match Between Besiktas and Bayern Munich! https://t.co/eLO74pKz9q 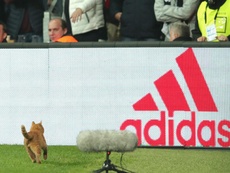 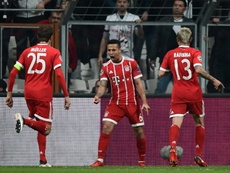 Thiago to only miss 'a few days' 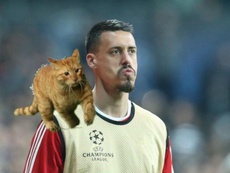 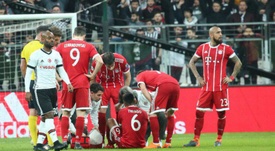 Cat named man of the match in Bayern win