Flick oversaw training on Monday in temperatures over 30 degrees Celsius at Bayern's training camp in Lagos in south-west Portugal. Both centre-back Boateng, who picked up a leg injury in Saturday's last 16 return leg against Chelsea, and winger Coman, who missed the 4-1 victory with a knock, trained on Monday and are in the frame to face Barca.

"It's very important that we get used to the temperatures," said Flick, although cooler temperatures are forecast for Friday's tie in Lisbon.

Bayern underlined their status as one of the favourites to lift the Champions League trophy on August 23 as Robert Lewandowski scored twice and set up two more goals in the rout of Chelsea. It sealed a 7-1 thrashing on aggregate, with the Bundesliga champions and German Cup holders having won all 12 of their games since the restart in mid-May following the coronavirus shutdown.

They are determined to repeat their 2013 treble in Flick's first season in charge. "We shouldn't say now that we are in Portugal, near the sea and we're off on our holidays," said Bayern forward Thomas Mueller. The Bavarians touched down in Portugal on Sunday in confident mood with Mueller insisting they are focused but must stay "loose" and relaxed. "We have to train cleverly - and be cunning," added Mueller. "A good mixture is important, we have to create a feel-good factor."

While Bayern were busy dispatching Chelsea, Barcelona swept into the quarter-finals with 3-1 home win over Napoli after a 1-1 draw in the first leg last February.

"It's full speed ahead. We're really looking forward to the game," said Mueller. However, he emphasised that Bayern call ill afford to "focus" solely on Lionel Messi. "That's the big problem," he explained. "Barca has a lot of strong players who you have to watch out for." 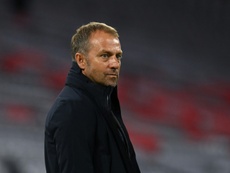 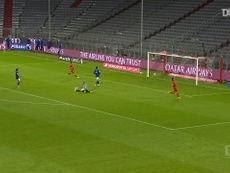 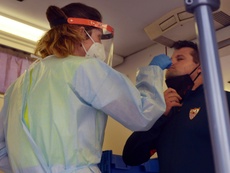 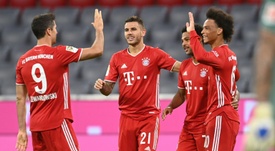