Bayern host Schalke on Friday in the opening match of the new Bundesliga season having already lost four of the squad that won last month's Champions League final. Alaba, 28, has so far stalled over signing an extension to his contract which expires next year, and is said to be seeking a huge pay rise. According to reports Alaba will only sign a new deal if he is paid 25 million euros per year to out-earn Bayern stars Manuel Neuer and Robert Lewandowski.

Last weekend, Hoeness said Alaba "has a money-hungry piranha" in agent Pini Zahavi, comments which Rummenigge says were not something Bayern needed. "I can only repeat myself. In my experience, negotiations must be conducted discreetly and in a spirit of trust," Rummenigge told broadcasters Spox and DAZN. "Only when you have a final result should you go public with it."

Rummenigge said it was clear from the start that the contract negotiations with Alaba "would not be easy" and took a clear dig at Hoeness. "It can't, therefore, be in the interest of Bayern Munich to make internal information of this quality known to the public."

Rummenigge's criticism is unusual as the pair worked together at the Bayern helm for the last decade until Hoeness stepped down as club president last November and was given an honorary role. Hoeness still has a place on Bayern's supervisory board. Meanwhile, Bayern sports director Hasan Salihamidzic hopes Alaba does not rate himself better than Bayern captain Neuer and the prolific Lewandowski.

"There is a sporting and financial upper limit at FC Bayern: Robert Lewandowski and Manuel Neuer," Salihamidzic told magazine Kicker. "We won't do the kind of craziness he (Alaba) may have seen at other clubs. And certainly not at a time when sales and profits are plummeting in football and business everywhere else" due to the coronavirus pandemic. 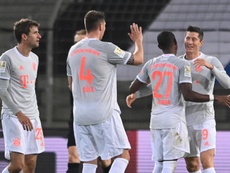 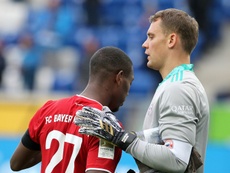 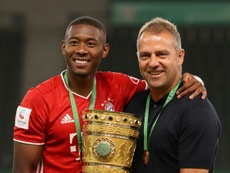 The transfer that Juventus is already planning, totally free! 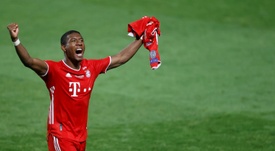