After the 2-8 in Lisbon, the match in which he still scored a great goal, the Uruguayan saw how Bayern repeated the hammering against his new team, Atlético Madrid, on Wednesday.

A lot has been written about the 2-8 in Lisbon. Nothing, until Wednesday, about the match between his new team, Atlético, and the Bavarians.

Suárez enjoyed 76 minutes in which he went from more to less. He had a couple of mildly clear chances in the first half, but Atlético went in at the break behind after goals from Coman and Goretzka.

The goals from the Frenchman and the German lifted the number of goals conceded by Luis Suárez to 11, but there were two more left.

Suárez, sadly, has seen his teams let in 12 goals against the all-powerful kings of Europe in just 166 minutes of play. 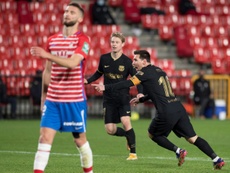 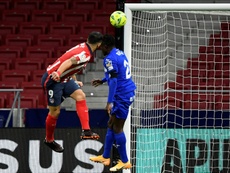 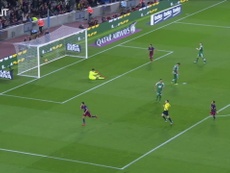 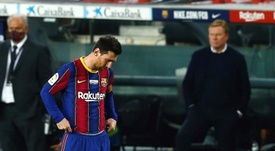 Messi once again criticised Suárez's departure: "I thought it was crazy"

Suárez admits he knew the questions of his Italian exam