Holders Barcelona will aim to snuff out the slim prospect of an early Copa del Rey exit when they host Segunda B outfit Villanovense on Wednesday.

A second-string Barca line-up were unable to find a way past their third-tier opponents when the first leg finished goalless in October.

An attack led by Munir el Haddadi and Sandro Ramirez failed to fire and head coach Luis Enrique must ponder whether to name the likes of Ballon d'Or nominees Lionel Messi and Neymar in his squad in case the threat of an improbable upset begins to loom larger.

The members of the first team that are rested in this one will have thoroughly earned that luxury, as Barcelona have been in scintillating form over recent weeks.

Bitter rivals Real Madrid were beaten 4-0 in the first Clasico showdown of the season at the Santiago Bernabeu and, on Saturday, Real Sociedad were dispatched by the same scoreline after Roma left the Camp Nou on the back of a 6-1 midweek Champions League demolition.

"I hope our best moment is still to come," Luis Enrique told reporters after the Sociedad match.

"That we are playing well and that the team is enjoying themselves is undeniable. But nobody wins anything in December.

"We have an important month coming up, with big games in La Liga, the Club World Cup and the Copa del Rey. We have to take it game by game."

Indeed, the away leg at Villanovense is the only time in the past 10 competitive outings that Barcelona have not emerged victorious.

By contrast the minnows come into the match in wretched form.

A 2-1 loss to Cartagena on Saturday was their fifth in succession since playing Barcelona and leaves Julio Cobos Moreno's team mired in Segunda B Group 4 relegation trouble.

Cameroonian midfielder Wilfrid Kaptoum made his Barcelona debut in the first leg, with Aitor Cantalapiedra doing likewise from the bench and both 19-year-olds will be hopeful of further action on home turf.

The last-32 clash will be completed ahead of schedule due to Barca's forthcoming participation in the Club World Cup.

All other first-leg matches in the round take place this week with the return fixtures to follow two weeks later. 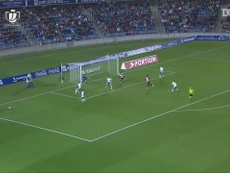 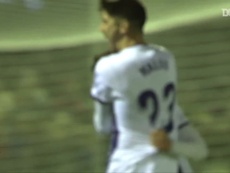 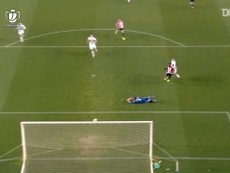 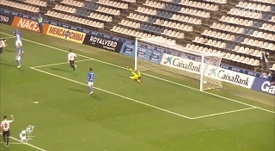