Barcelona v Real Madrid: Has the Clásico lost its lustre?

Two Omnisport writers go head-to-head over whether El Clasico is no longer the standout match of the European club calendar.

Robert Huth raised a few eyebrows this week when he dismissed the idea of watching El Clasico with a rather choice turn of phrase.

Of course, the former Leicester City defender was actually describing his frustration at the tendency for players to hound the referee and feign injury during the match, but his comments provoked a wider debate.

With Lionel Messi and Cristiano Ronaldo absent, Barcelona so often functional rather than flamboyant under Ernesto Valverde and Real Madrid having scored three goals in six games, has Europe's biggest league match lost its appeal?

Before following Huth in heading straight for the remote control's 'off' button, 'Omnisport' decided to put two writers head-to-head to settle the argument...

As we all scratched our heads this week trying to remember the last contest between Barcelona and Real Madrid that featured neither of Lionel Messi and Cristiano Ronaldo (Madrid won 1-0 through a Julio Baptista goal in December 2007, since you ask), we transported ourselves to a different era.

The Messi-Ronaldo dynamic has proved a rich thread in the modern rivalry between these two footballing superpowers, but there is no way the game matters less in Spain with both men absent.

A heady cocktail of local pride, politics, conspiracy, separatism, nationalist and, believe it or not, great football lends this feud a jagged edge unlike anything else in football. That remains this weekend and will decades from now, when Messi and Ronaldo's only remaining involvement in the Ballon d'Or is to polish their substantial collection.

But beyond Catalonia and the capital, this game has generally given a reliable indication of who is the best team in the world at any point over the past decade. While Messi and Ronaldo hogged the game's most coveted individual prizes, Barca won three Champions Leagues and Madrid four – including, of course, each of the last three.

We are a couple of months into the season and both of these thoroughbreds may yet gallop through the closing stretch. But right now, it is hard to make a case that either boast the most feared XI on the planet.

Ronaldo's new employers Juventus swaggered in and out of Old Trafford looking like European champions in waiting this week, while on the other side of Manchester, Pep Guardiola appears to be inspiring City to greater heights. They will need to hit them if Liverpool's early-season form is anything to go by.

Barca's top spot in LaLiga, where teams are entertainingly tripping over one another, looks underwhelming. Their 18 points would be good enough for sixth in the Premier League at present. Meanwhile, Atletico Madrid – the persistent third wheel given the Clasico duopoly – were hammered 4-0 by an effervescent Borussia Dortmund in midweek. It is hard to think of a team more watchable than Lucien Favre's fearless side.

El Clasico matters as much as it ever did but, at this point in time, it does not feel like the Gold Standard of European football.

It is simple enough to see why people are worried about the Clasico without Messi and Ronaldo, who are two of the leading footballers of the last 30 years.

That said, with Messi injured, Ronaldo now in Turin and Madrid seemingly incapable of scoring regularly, we should be in for a festival of functionality, plenty of petty squabbles and dour, hesitant performances, right?

Wrong. This is not the time to switch off Spain's greatest game. If anything, this new Clasico era should be bringing in fresh fans by their droves.

For now, let us ignore the argument about goalscoring. This game has not seen a 0-0 draw since 2002, and only two since 1987. Messi and Ronaldo did not transform a tepid rivalry into an attacking feast for the eyes. They simply dined out more heartily.

Instead, consider the importance of this game even at this early point in the season. Madrid simply have to win to reignite some belief in their title chances, and, of course, if head coach Julen Lopetegui is to stay in the job, although even a victory might not be enough to stop Florentino Perez wielding the axe.

Either way, the Madrid that takes to the pitch at Camp Nou will not be the same as the one that leaves it. They will either rally to the cause of their beleaguered coach, or wilt under the pressure. Or, perhaps, something in between. Regardless, this will be a point to mark a transition in Spain's most successful club.

Barca might be reigning champions and in decent form, but they dare not contemplate defeat here, either. Valverde is already under scrutiny for his commitment to the sort of functional football predecessor Luis Enrique adopted towards the end of his time in charge (even that included a dramatic 3-2 Clasico win).

He has also been criticised for keeping recent signings on the sidelines, despite their obvious penchant for flair. He will not be a popular man among fans or certain socios if Barca lose and Ousmane Dembele, Malcom and Arturo Vidal stay sitting on the bench.

Madrid will be a point behind Barca with a win. Even a defeat would not decide the title race in one of the more open-looking LaLiga seasons for some years. Each head coach appears under pressure of different kinds and a poor result could see lasting changes in their respective clubs. Only victory will do; only brave football will do it.

Boring? You're watching the wrong game. 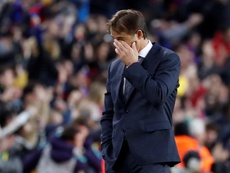 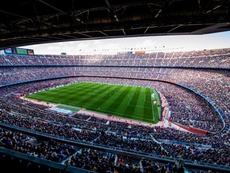 Only 'El Clasico' got a better attendance than the Barcelona derby 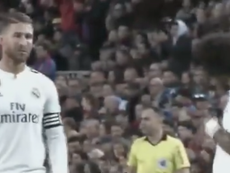 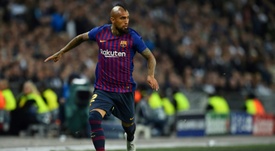 Vidal's message after the 'Clasico'

Valverde: 'Madrid are never in transition'