Barca concerned that Endrick may have already committed to Madrid

Concern at Barcelona. 'Mundo Deportivo' claims that the Barca management fears that Endrick, the Brazilian star of the moment that everyone wants, has already committed himself to another club, specifically, with Real Madrid.

According to the aforementioned media, everything suggests that the 16-year-old striker from Palmeiras could have already opted for the 'Merengues', where he would join up with his compatriots Vinicius, Rodrygo and Militao, one of the main reasons why the young talent would have said "yes" to the Madrid side.

This decision would leave Xavi Hernandez without his great desire, as the 'Cules' coach had no problem in publicly acknowledging that he has spoken directly to the player to convince him to join Barca. "We have been talking to his father and also to the player. I explained the project to them. We want talents like him. He's the kind of player we need," Xavi revealed in a surprising statement to 'ESPN' Brazil during his visit to Qatar for the 2022 World Cup.

In addition to the possibility that Endrick may already have committed to Madrid, another reason that complicates his possible arrival at Camp Nou is his high price tag. Palmeiras intend to ask for 60 million euros, knowing the great interest that their player generates not only among the two Spanish giants, but also in other European clubs such as Paris Saint-Germain, where his compatriot Neymar and Leo Messi are also playing.

In fact, the aforementioned Catalan media outlet claims that PSG have already offered the Brazilian club around 50 million euros for his transfer, including bonuses, although, in the end, it would be Real Madrid who would end up beating the rest of their rivals in the fight for the player. 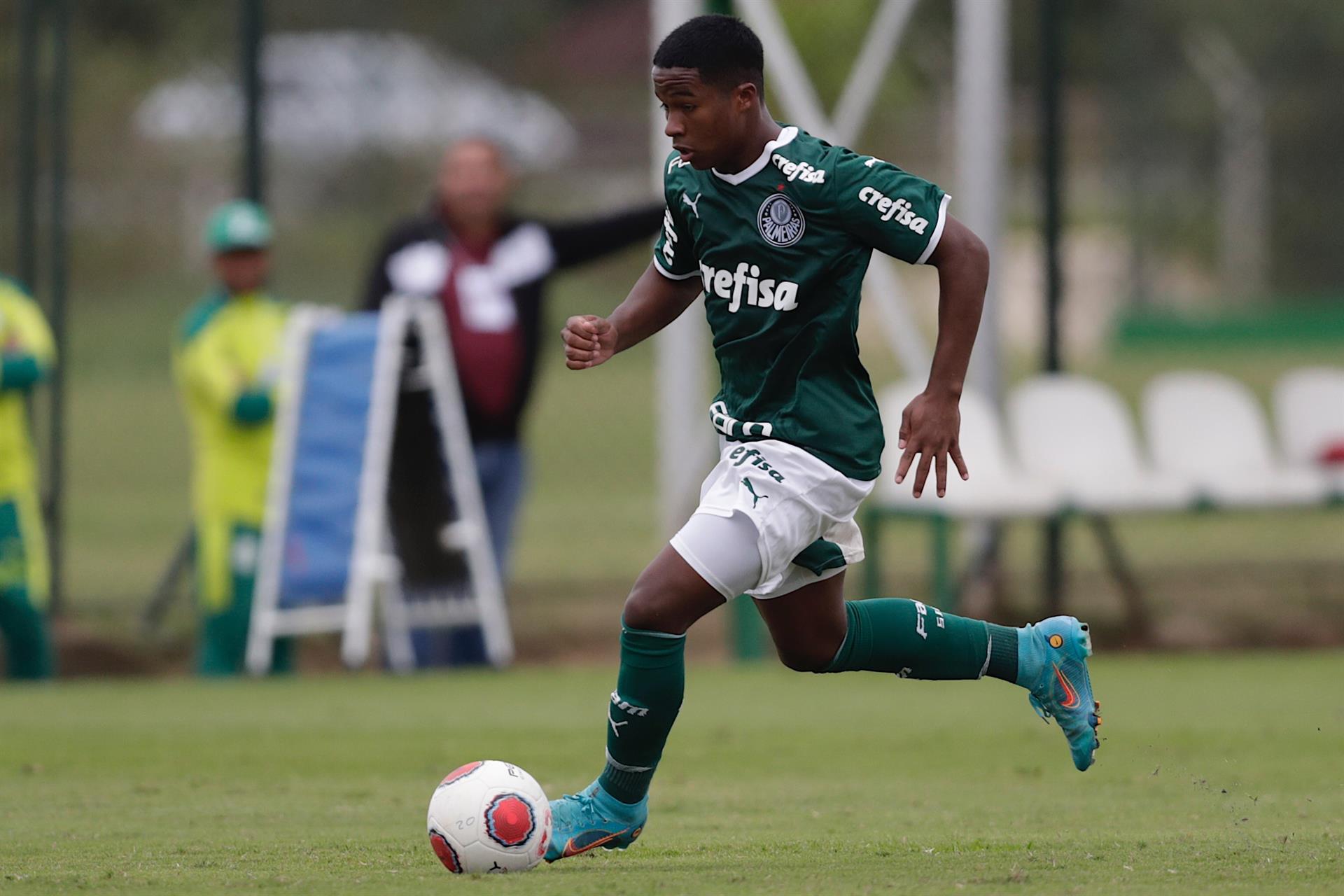 Same plan as with Vinicius and Rodrygo

However, Endrick's supposed commitment to Real Madrid would not take him to the Spanish capital, but we would have to wait until the summer of 2024 to see the young striker playing for the 14-time UCL winner. And it is then, on 21st July of that year, when Endrick will come of age, so, in the meantime, he will continue to play for Palmeiras.

Does this plan sound familiar? Yes, it's the same one that the 'Merengues' used with Vinicius and Rodrygo, who were signed before they were 18, but reached an agreement with their respective clubs so that they would remain there until they came of age.