The injured Mario Balotelli watched from the stands as Nice slumped to another defeat on Sunday, going down 2-1 at home to Strasbourg in Ligue 1.

The Italian striker, scorer of five league goals this season, was absent with a calf injury and without him Lucien Favre's team went down to their third successive league defeat and a fourth straight loss in all competitions.

Nuno Da Costa scored twice for the newly-promoted visitors before Nice got a goal back, Pierre Lees-Melou converting a penalty after Strasbourg's Ernest Seka was sent off for a foul in the area.

Wesley Sneijder, on as a second-half substitute, came close to equalising for Nice, but they went down to their sixth loss already this campaign.

The side who finished third last season are currently 14th and go to Paris Saint-Germain next Friday.

Meanwhile, bottom club Metz sacked coach Philippe Hinschberger on Sunday, a day after going down to their ninth defeat in 10 league games this season, 2-1 at home to Dijon.

Hinschberger is the first managerial casualty of the campaign in France's top flight.

PSG are currently three points clear of second-placed Monaco, who beat Caen 2-0 on Saturday with Ligue 1's leading scorer Radamel Falcao netting a penalty for his 13th goal of the campaign. 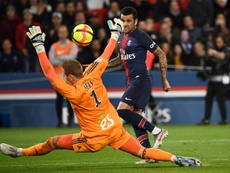 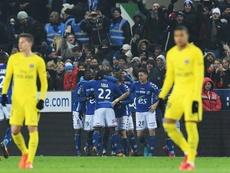 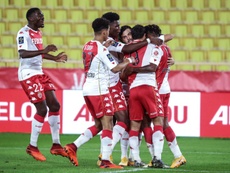 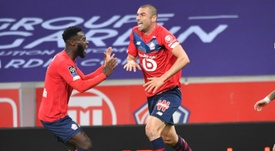