Zinedine Zidane faces another crossroads in his handling of Gareth Bale, who appeared to mock Real Madrid after Wales' 2-0 victory over Hungary on Tuesday.

After sealing qualification for Euro 2020 with a wild win in Cardiff, an ecstatic Bale celebrated next to his team-mates behind a flag that read "Wales. Golf. Madrid. In that order".

The flag was taken from the crowd after Welsh fans made a slogan out of comments made by former Real Madrid player Predrag Mijatovic during an interview with the Spanish radio station Cadena Ser last month.

"Bale thinks first about the Wales national team, then about golf and then about Madrid," said Mijatovic. "I have not talked to him but that is the impression I get."

Zidane must now decide whether to punish Bale and what form that punishment should take.

Bale is due to return to Madrid on Wednesday before joining up with the team again on Thursday at Valdebebas, ahead of Real Madrid's La Liga game at home to Real Sociedad on Saturday.

In between, Zidane will appear in a pre-match press conference on Friday before naming his squad for the fixture later in the afternoon.

Bale, who had been nursing a calf problem since the start of October, is certainly fit again after managing 60 and then 88 minutes against Azerbaijan and Hungary respectively but it would be a surprise if Zidane reintroduced him at the Santiago Bernabeu.

The emergence of 18-year-old Rodrygo, who scored a hat-trick against Galatasaray in the Champions League two weeks ago, together with Madrid's resurgence, means there is no urgency to bring him back.

And Zidane will be wary of the reaction of the fans, who had been more supportive of Bale this season but are unlikely to take this latest act of rebellion with humour.

Bale was giddy in the afterglow of victory in Cardiff but even if the flag was not his - and he seemed keen not to hold it - he certainly made no attempt to distance himself from what is now being interpreted as an affront in Madrid.

"Bale knows he can only leave Madrid in January by pushing the boundaries but this is getting completely out of hand," wrote Diario AS journalist Manu Sainz.

Bale has long held an indifference to the Spanish press, whose criticism of his contributions on the pitch has often extended into jibes about his lifestyle off it, including his love of golf and lack of Spanish.

I find it hilarious to be honest," Bale said last week. "Especially some of the pictures and stuff my friends send me. On one it said triple-bogey and I've never had a triple bogey. At least give me an albatross."

Bale also admitted he feels freer playing for his country.

"I definitely have more excitement playing for Wales,â he said. "With Wales, I'm speaking my own language and feel more comfortable. But it doesn't change what I do on the pitch."

Zidane has been more conciliatory towards Bale in recent weeks, in a marked change of approach since he declared last summer it would be "better for everyone" if he completed a move to China.

Instead, he stayed and when Bale returned to London three weeks ago for talks with his agent, Zidane calmed the storm by insisting he had permission to go.

When Bale was selected by Wales this month, despite missing five weeks of Madrid games through injury, Zidane said he had no problem with the call-up and described suggestions he wants Bale to leave in January as "nonsense".

Yet the pair's relationship remains cold and Zidane keeping the peace is likely to be purely with the interests of the team in mind, particularly while the transfer window is closed.

Again, Bale has stirred the nest. Again, Zidane's patience will be tested. 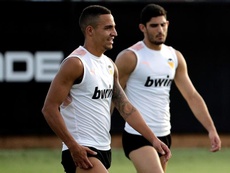 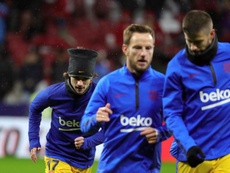 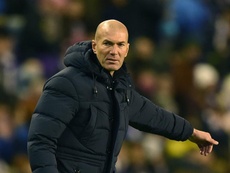 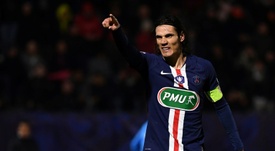