Bale to the rescue for Wales

With just six minutes left at the Cardiff City Stadium, Ryan Giggs' side were on the brink of an embarrassing draw that would have severely damaged their hopes of reaching next year's European Championships.

Despite taking the lead through Pavlo Pashayev's farcical own goal in the first half, Wales had surrendered a sloppy equaliser to Mahir Emreli after the interval.

Already in trouble in Group E after successive defeats to Hungary and Croatia, Wales were saved by their captain as Bale headed home from close-range.

Wales now sit third in the group, three points behind Hungary and Croatia after four matches.

Bale's crucial contribution was another welcome boost for the former Tottenham forward in what could be a season of vindication.

As his country's all-time leading goalscorer, Bale is always guaranteed a warm welcome in Wales -- a feeling he hasn't often enjoyed in Madrid during his turbulent spell with Real.

Having survived Real manager Zinedine Zidane's latest attempts to freeze him out after a proposed move to China collapsed, the 30-year-old has battled back into the Madrid line-up.

Bale, who scored his first goals since March 16 in the weekend draw at Villarreal, this week dismissed the suggestion that it has been the worst time of his career and insisted the problems have only made him stronger.

Bale was out-of-sorts in Wales' summer qualifying defeats, but -- handed the captain's armband in the absence of Ashley Williams -- he was quickly into his stride, bursting down the right wing and crossing towards Tom Lawrence, who volleyed wide at the near post.

Azerbaijan, ranked joint 109th in the world, had already conceded 10 goals in three qualifying defeats, making them the group's whipping boys on paper.

But Wales didn't have it all their own way and Bahlul Mustafazade let rip with a fierce strike that flashed just wide from the edge of the area.

By the time Harry Wilson was fortunate not to be sent off after appearing to stamp on Richard Almeida, it was clear Wales were beginning to get frustrated.

Luck was on Wales' side however and they took the lead in bizarre circumstances in the 26th minute.

When Bale tried a long-range effort, his shot was deflected off Nazarov high into the air towards Pashayev, who instead of getting out of the way, allowed the ball to bounce off the side of his head.

Azerbaijan keeper Salahat Agayev had come out to catch the ball but instead he ended up fooled by the deflection and had to watch as it trickled into the empty net.

Azerbaijan kept fighting and they snatched an equaliser in the 59th minute after a series of Wales errors.

Neil Taylor carelessly gave the ball away and Ramil Sheydaev slipped a perfect pass to Emreli, who sprinted away to score at the second attempt after Hennessey weakly pushed out his first shot.

It was only the second time Wales had conceded a goal in seven meetings with Azerbaijan.

But, with time running out, Bale rode the rescue in the 84th minute.

Joe Allen's shot was deflected high into the Azerbaijan area and Bale rose highest to head in despite Maksim Medvedev's despairing attempt to clear off the line. 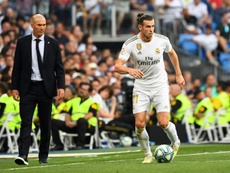 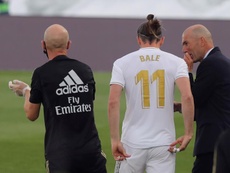 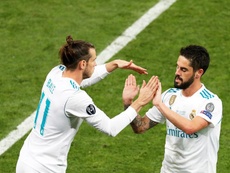 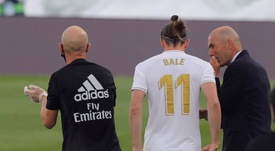 Nobody wants Bale in England because of his high salary