Australia promise to attack against Cameroon

Australia will stay true to their attacking style when they face Cameroon in the Confederations Cup, Aziz Behich has warned.

Aziz Behich believes Australia have plenty of reasons to feel positive as they prepare to face Cameroon in a key Group B encounter at the Confederations Cup.

The Socceroos suffered a 3-2 defeat to world champions Germany in a spirited encounter in Sochi on matchday one.

Ange Postecoglou's side take on Cameroon on Thursday knowing that a defeat would put a semi-final spot beyond their reach if Germany and Chile draw in Kazan.

Australia's commitment to a more attacking style of play, even against international heavyweights, has drawn some criticism but Behich is confident their approach will pay dividends in St Petersburg.

It's 3am, the sun is up, but we've made it to St Petersburg! A good night's sleep and we're back on deck in the morning! #ConfedCup @FIFAcom pic.twitter.com/bHyy5q0Mas

"We finished the game pretty strong. We're disappointed we didn't get a result but we have a lot of positives to take out of it," said the Bursaspor player.

"What we did well, we did in patches. In the second half we pressed Germany a lot higher up and forced them long a lot of the time. In the first half we sat back a little bit more, which is not our game.

"We're confident and we'll continue to play the football that we have been doing over the last couple of years under the boss.

"We believe in the way we play and the system we play and we approach every game in the same way."

The first round of matches in Group B: #ConfedCup pic.twitter.com/sBCdUKAFNH

Cameroon's hopes of reaching the knockouts are also looking slim after their 2-0 opening defeat to Copa America holders Chile.

The African champions have now won only one of their last four matches and have scored just once in that run, but head coach Hugo Broos was happy with his players' efforts against an undoubtedly superior Chile side.

"We played really well at times, circulating the ball," he said. "It's true that we lacked a little bit of a threat on the Chile goal but apart from that, I'm happy.

"I'm disappointed with the result but not the performance of my players.

"I repeat what I said before the tournament: we have a young team that needs this kind of tournament. This is how you gain experience to become better."

– This game will see the first ever meeting between Cameroon and Australia.
– Australia come into this game having suffered back-to-back defeats for the first time since losing to Japan and Qatar in 2014.
– They are winless in their last four Confederations Cup games, having lost their three group stage games in 2005, before defeat to Germany in their opening game this year.
– In fact, the Socceroos have conceded 13 goals across their last four Confederations Cup games, an average of 3.25 per game.
– Cameroon's loss to Chile in their opening match ended a run of four games unbeaten in the group stage of the Confederations Cup, in which Cameroon hadn't conceded a single goal (W3, D1).
– Cameroon managed just one shot on target against Chile, fewer than every other side in the competition and four fewer than Australia.
– Following his goal against Germany in Australia’s opening fixture, Tom Rogic now has four goals in his last six games for club and country.
– Three of Cameroon's last four goals in all competitions have been scored by Vincent Aboubakar. 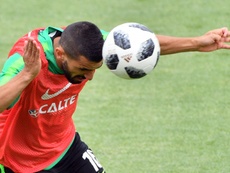 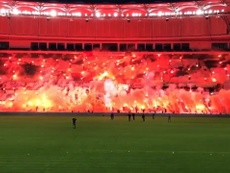 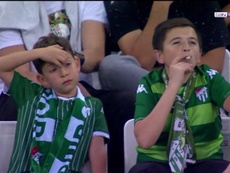 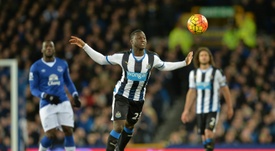