Hakeem al-Araibi, a Bahraini refugee and Australian resident, fears torture and even death if he is returned to his homeland.

He was detained by Thai immigration authorities in late November after arriving in Bangkok for a vacation with his wife.

The 25-year-old had played for Bahrain's national youth team before he fled his homeland and was granted asylum in Australia, where he plays semi-professionally in Melbourne.

Morrison raised the issue in a letter to Thai Prime Minister Prayuth Chan-o-cha several days ago as Canberra stepped up its efforts to secure Araibi's return home.

A spokeswoman for foreign minister Marise Payne said in a statement to AFP Wednesday that her government was making "extensive efforts" on behalf of Araibi.

"The Thai and Bahraini governments are well aware, at all levels, of the importance of this matter to Australia," the spokeswoman added.

Morrison's office did not release details about the letter Wednesday, but the Sydney Morning Herald said he stressed that Araibi had been issued a permanent protection visa by Australia after a deliberate and considered process.

The Australian leader also wrote that Canberra believes returning the footballer to Bahrain would infringe his rights under international human rights law, the newspaper reported Tuesday.

The Asian Football Confederation (AFC) called for Araibi's release Tuesday after coming under fire for its silence on the case.

The player claims he is being targeted by Bahrain over his criticism of AFC president Sheikh Salman bin Ebrahim Al Khalifa, a member of the ruling family.

FIFA and the International Olympic Committee have also weighed in on the player's behalf.

Araibi was convicted in absentia on charges of vandalising a police station in Bahrain, but says he was out of the country playing in a match at the time of the alleged offence.

Bahrain's government said Monday that extradition proceedings were underway "so that he can serve his sentence". 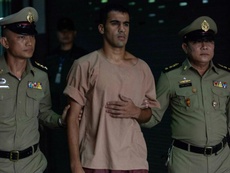 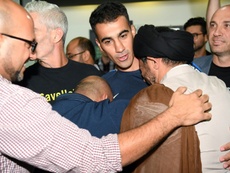 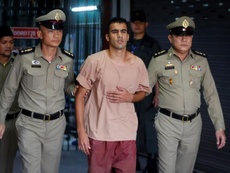 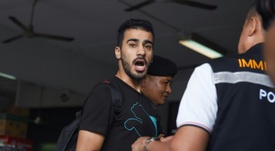