Augsburg, who are currently second in the Bundesliga, will be without coach Heiko Herrlich for Sunday's league match at Wolfsburg as he needs hospital treatment for a lung problem, but has tested negative for the coronavirus.

Augsburg general manager Stefan Reuter revealed Herrlich needs hospital treatment "for a few days" for a pneumothorax - an abnormal collection of air between the lung and the chest wall.

Reuter says he does not know how long Herrlich will be unavailable for, but insisted the situation is "not dramatic".

Herrlich, 48, had complained of cold-like symptoms, but Reuter stressed there are "no reservations whatsoever" that he could be suffering from Covid-19.

With Herrlich in charge, Augsburg pulled off a 2-0 shock win over Dortmund last Saturday.

The result left them second in the league table on goal difference behind surprise leaders Hoffenheim after two matches.

In Herrlich's absence, his assistant coach Tobias Zellner will take charge at Wolfsburg.

Zellner already stepped in last May when Herrlich had to sit out their first league game after the re-start - also against Wolfsburg - for breaking quarantine to buy toothpaste.

A red-faced Herrlich apologised after leaving the team hotel - and breaking the league's hygiene concept - to buy toiletries from a supermarket.

Augsburg playmaker Daniel Caligiuri, who scored against Dortmund, said it was "a pity" that Herrlich will be absent from the bench at Wolfsburg, "but I think we have the quality in the coaching team to replace him".

The Bavarian club are looking for a fourth straight win at the start of the new season. 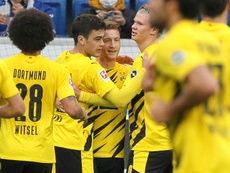 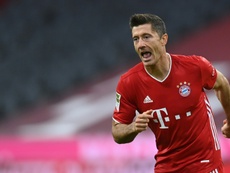 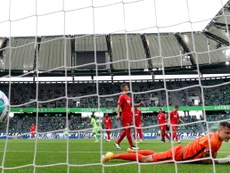 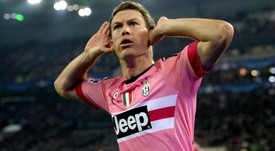