He scored his sixth goal in eighth appearances for Arsenal since moving from Borussia Dortmund as they shaded Southampton 3-2 in a fiery English Premier League clash.

Guinean Amadou Diawara scored his first Italian Serie A goal to earn Napoli a last-gasp 2-1 win over Chievo and keep them in hot pursuit of leaders Juventus.

The Gabon striker slotted home Danny Welbeck's pass from close range to keep his scoring streak since becoming Arsenal's club record signing in January. However, there was an end to forget for Egypt midfielder Elneny as he was shown a straight red card for pushing his hand into Cedric Soares's face as tempers flared in the closing stages.

Mounie pounced on a terrible backpass from Brighton's Shane Duffy to salvage a priceless point for Huddersfield, who drew 1-1 in their quest to remain in the Premier League. The Benin striker now has nine goals in all competitions this season.

Diouf grabbed his sixth goal of the season, but admitted he couldn't remember much about it after Tottenham Hotspur goalkeeper Hugo Lloris's clearance smashed off the Senegalese's face. The forward kept his balance just long enough to slot the ball into the unguarded goal. However, Diouf's bravery didn't ultimately help Stoke's battle against the drop as two goals from Christian Eriksen condemned them to a 2-1 defeat, leaving them still rooted in the relegation zone.

Morocco-born former Liverpool winger El Zhar cut inside and fired into the bottom corner from the edge of the box despite slipping as he shot to give runaway La Liga leaders Barcelona some anxious moments before Lionel Messi completed his hat-trick to ensure a 3-1 victory at Camp Nou. Barcelona are unbeaten in 38 league matches, equalling the record set by Real Sociedad 38 years ago.

Mali forward Diabate scored a brace to twice drag Benevento back into the game against champions Juventus, but the rock-bottom side lost 4-2 and fell to their 26th defeat in 31 games. Diabate tapped in a rebound after 24 minutes to cancel out Paulo Dybala's opener and scored his second six minutes after the break with a header off a corner. The towering forward has scored five goals since arriving in Naples last February. But the 29-year-old -- who helped save French club Metz from relegation in 2016 -- looks to have arrived too late for Benevento.

Guinean midfielder Diawara scored his debut Serie A goal and a last-ditch winner that kept Napoli's title ambitions burning with a 2-1 win over Chievo. The ball dropped for the 20-year-old midfielder to curl in a right-foot finish from a corner at the 93rd minute in Naples. "I'm very happy, it's my first Serie A goal and it couldn't have come at a better time," said Diawara. "I dedicate this goal to my mother, who died a year before I came to Italy, so she didn't get to see me play in Serie A." Napoli remain within four points of leaders Juventus.

The Algeria striker, on loan this season from Standard Liege, netted Werder Bremen's consolation goal in a 2-1 defeat at Hanover 96. Belfodil netted his third goal in as many league games when his header looped over the Hanover goalkeeper and into the net via the crossbar.

The South African forward, 22, put Lille in front at Bordeaux with his third goal in eight games since being recalled from a loan at second-tier Valenciennes in January. However, he could not stop his side from sliding to a 2-1 defeat that leaves the 2011 champions still in the relegation zone, without a win in nine games. 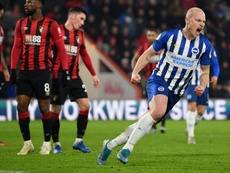 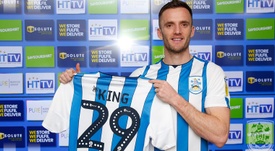