BeSoccer 3 months ago 1.1k
Vlahovic will not leave Fiorentina. AFP
As journalist Gianluca Di Marzio pointed out, Fiorentina striker Dusan Vlahovic will not sign for Atletico Madrid. The Italian club's economic pretensions would be the main drawback.

The search for a '9' for Atletico Madrid continues. Everything suggested that the Serbian Vlahovic was the one chosen by the Spanish club. However, in the last few hours everything has taken a momentous turn.

According to transfer journalist Di Marzio, Atletico's board would not be willing to increase the amount offered to the striker. The high financial demands of the Italian side is what would have made the Madrid club change their mind.

Atletico offered up to 50 million euros to acquire the services of the promising youngster. However, Fiorentina's directors would have demanded up to a total of 100.

With Rafa Mir out of the running after his move to Sevilla, the only player left for them is Cunha, who has been gaining momentum in the last few hours. For the moment, no decision has been made by either club. 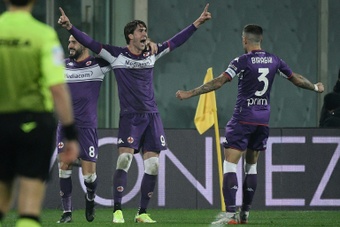