Atlético has signed G. Kondogbia from Valencia for 17.5 mill.

Thomas went to Arsenal and left a hole in the Atletico Madrid midfield. The club what Valencia's Geoffrey Kondogbia to occupy that place.

Atletico Madrid are willing to do everything to sign the player. The plan is to have him now, but if not, they will go for him again in January.

'AS' says that his arrival has become a priority at the Wanda. Even more so after Atletico's loss to Bayern at the Allianz Arena.

Atletico think they are lacking something in the midfield and they believe that Kondogbia could solve their problems.

The previously cited media outlet says that Atletico Madrid want to try and negotiate successfully with Valencia. They think they need him as soon as possible.

Atlético has signed G. Kondogbia from Valencia for 17.5 mill. 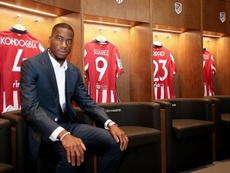 Kondogbia, from recently arrived to starter? 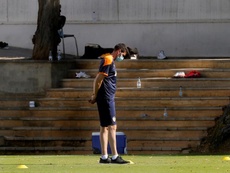 Valencia get back to work after Kondogbia departure 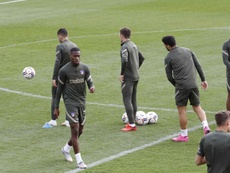 Simeone loses Kondogbia during the break 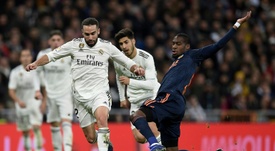 Kondogbia declared his love for Madrid in 2013

Atletico get Kondogbia from Valencia

Kondogbia didn't train with Valencia and Atleti are awaiting him