It is the Sixth matchday in the Primera Division and Atletico de Madrid can boast of being the only undefeated team in the league. Of course, Cholo Simeone's side have played two games less, but they round off a perfect weekend after the shock defeats of Real Madrid, Barcelona and Seville.

Atlético's victory in Balaídos was a breath of fresh air for Simeone. The draws against SD Huesca and Villarreal sowed the seeds of doubt in a team that finds it difficult to find the net, but is also very difficult to score against.

This is nothing new. Simeone's Atlético is used to these traits, with the difference being that this year it has a superstar striker like Luis Suárez. The Uruguayan scored again in Balaídos, the team won and already shifts focus to the Champions League.

And they do so in the knowledge that they are the only top team not to be unbeaten after six matchdays. Los Colchoneros have played four, of course, because of the final phase of the Champions League in Lisbon in July.

It is sometimes difficult for Atlético to create, but they very difficult to break down. On a day when Real Madrid, Barcelona, and Seville lost, Simeone's team not only won, but also kept a clean sheet, and they are now in the running...

Moreover, as 'Mundo Deportivo' points out, Atlético has played 20 consecutive matches in La Liga without losing: 11 wins and nine draws. Nevertheless, Bayern are now waiting in the Champions League, and that is another story. 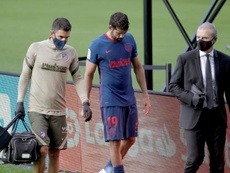 Costa ruled out for three weeks: could miss six games 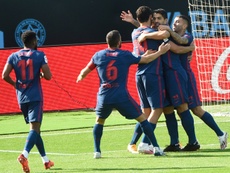 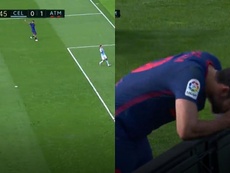 Suárez may be left without a dance partner: Diego Costa is injured 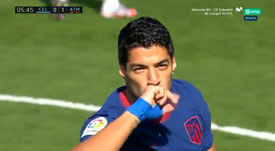