La Liga announced when the rearranged fixture between Athletic Bilbao and Barcelona will be played. The matchday two clash will be played on 6th January at 21:00 CET.

La Liga published a series of kick off times for La Liga matches. They also announced when Athletic Bilbao v Barcelona in La Liga will be played.

The encounter will finally be played on 6th January at San Mames. The match on Epiphany, a Spanish bank holiday, will kick off at 21:00 CET.

The fixture was postponed at the beginning of the season because Barcelona played in the Champions League final eight in Lisbon back in August. As a result, their first two fixtures were postponed to give them extra rest.

It will be both sides second match of 2021 because La Liga also published the kick off times for matchday 17, the first of the new year. Both teams play on 3rd January, but the Basques play a couple of hours earlier.

Athletic and Barcelona, as well as the rest of the La Liga sides, now know when their final game of 2020 will be. 'Los Leones' will actually play on New Year's Eve at 14:00 CET in a huge Basque derby against Real Sociedad. 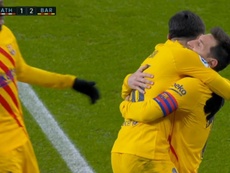 Messi made it 1-2 after another error from Unai 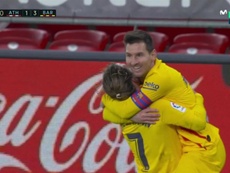 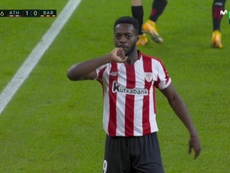 Barca fell behind inside three minutes in Bilbao 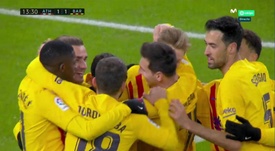 Athletic v Barcelona - as it happened

VIDEO: Ronald Koeman: 'Athletic always show up for these games'