Atalanta crushed Valencia 4-1 on Wednesday to take a giant step closer to reaching the Champions League quarter-finals for the first time.

Denis Cheryshev pulled one back for Valencia in the first leg of their last-16 tie at the San Siro, the same stadium where the Spanish side lost the 2001 final to Bayern Munich on penalties.

Valencia, seventh in La Liga, had finished top of their group after away wins over Ajax and Chelsea but were missing several key players through injury and suspension.

It was an extraordinary night for the side from Bergamo who travelled to the San Siro with over 40,000 of their fans as their home stadium 55km away does not meet UEFA regulations.

Colombian striker Duvan Zapata, who scored Atalanta's first ever Champions League goal against Shakhtar Donetsk, came on for the final 15 minutes as he continues to search for full fitness following a three-month injury layoff.

The tournament debutants dominated the first half with Mario Pasalic having their first chance on eight minutes, but Valencia keeper Jaume Domenech pushed the ball over the bar at full stretch.

Hateboer opened the scoring just after quarter of an hour, though, meeting a low Gomez cross to poke past Domenech for his first goal of the season.

Ferran Torres struck the post for Valencia on the half-hour mark, before Eliaquim Mangala missed a chance to connect with Goncalo Guedes' shot across the face of goal.

Marten de Roon and Gomez both fired over before Ilicic collected Pasalic's pass and drilled a powerful right-footed strike into the top corner three minutes before half-time.

Gasperini's side put the result on the night beyond any doubt 12 minutes after the break as Freuler curled in a magnificent third from the edge of the box.

Hateboer completed his brace five minutes later, ensuring that Atalanta's 12 goals in their first Champions League campaign have been scored by 10 different players.

Maxi Gomez had a golden chance to pull a goal back on the hour mark for the visitors but his weak effort was brilliantly saved by Pierluigi Gollini in the Atalanta goal.

Cheryshev came off the bench and immediately scored in the 66th minute, pouncing on a poor Jose Luis Palomino clearance to give Valencia an away goal and a glimmer of hope to take into the second leg on March 10 at the Mestalla. 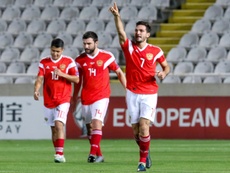 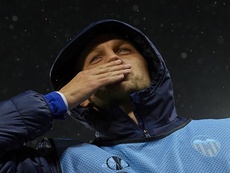 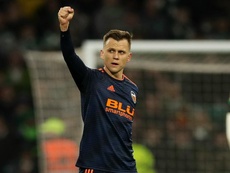 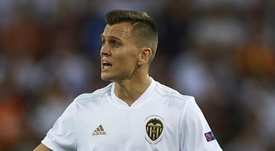 Cheryshev on fire: a brace and an assist in Kazakhstan