Deflected efforts from John McGinn, Ross Barkley and Jack Grealish compounded a night to forget for Jurgen Klopp's men before Grealish completed the scoring. It is the first time Liverpool have conceded seven goals in a game since 1963.

The Reds were not beaten until their 28th league game in romping to the title last season.

But a fine start to their title defence came undone without injured goalkeeper Alisson Becker and with Thiago Alcantara and Sadio Mane unavailable due to coronavirus infections. Alisson's absence made a telling impact after just four minutes to get Villa in front as Adrian's poor pass was seized upon by Grealish, who squared for the former Watkins to score his first Premier League goal.

Mane was also missed at the other end as Liverpool laid siege to the Villa goal, but were too easily opened up on the counter-attack.

Barkley twice should have opened his Villa account in the first-half as he skewed shots wide from close range either side of Watkins's second.

Grealish was again the creator with a long ball down the side of the Liverpool defence and the former Brentford striker cut inside before blasting into the top corner.

Mohamed Salah seemed to have got the visitors a foothold back in the match when he slammed home on his trusty left-foot after Mane's understudy, Diogo Jota, tried to burrow a way into the penalty area.

But Villa quickly restored their two-goal cushion when John McGinn's effort from the edge of the area deflected in off Virgil van Dijk.

Liverpool's high line was being caught out even from set plays as six minutes before the break Trezeguet broke the offside trap to cross for Watkins to become the first player in a decade to score a hat-trick against Liverpool. Fortune favoured Villa's desire not to just sit on their lead after the break as Barkley's long-range effort looped over the helpless Adrian to make it 5-1.

Salah remained razor sharp in front of goal to move within one away from 100 for Liverpool with a brilliant finish from Roberto Firmino's pass.

Having seen enough from Joe Gomez, Klopp moved midfielder Firmino into his back four early in the second-half, but it did nothing to stem the flow of Villa attacks cutting through his defence and Grealish completed a hat-trick of deflected goals when his shot hit Fabinho to wrong-foot Adrian again.

Watkins missed two huge chances to score his fourth as Adrian saved a one-on-one before he hit the crossbar. Grealish, though, was more clinical when he raced through to round off a remarkable victory.

Villa stayed up by a single point on the final day of last season, but they have now won their opening three games of the new league campaign to move up to second. 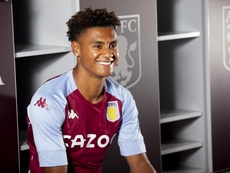 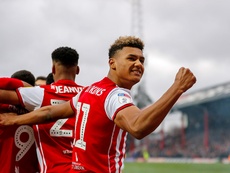 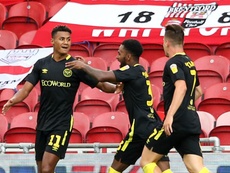 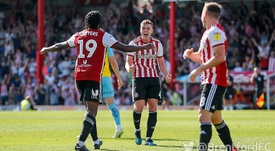