The best defender of the last Champions League is also the best player of the year for UEFA. He beats Messi and Cristiano in their overall performance: second in the Premier League, runner-up in the Nations League and Champions League winner.

The UEFA Men’s Player of the Year goes to...

The UEFA Men’s Player of the Year is about to be announced, and the host has taken the opportunity to ask each player to talk about their experiences this season. Van Dijk looks a bit uncomfortable, and Messi shrugs when asked about the Champions League. Bit of an awkward affair now.

The Lionesses and Olympique de Lyon player wins the award after an amazing campaign both with her club and her national team.

Now onto the last awards of the evening...

Lille go into Group H alongside Chelsea, Ajax and Valencia. Genk go into Group E alongside Liverpool, Napoli and Salzburg. Red Star Belgrade are drawn in Group B alongside Bayern Munich, Tottenham and Olympiakos. Galatasaray go into Group A alongside PSG, Real Madrid and Club Brugge. And that's the draw completed!

The Slavia Prague president laughs it off... Disbelief or laughter?

Hard group for the Russians!

Leipzig are drawn into Group G alongside Zenit, Benfica and Lyon.

Finally, the Pot 4 draw is upon us!

Forward of the year goes to... Lionel Messi!

A pause in proceedings as Lionel Messi is named the UEFA forward of the season. That goal in Anfield must have had something to do with that. A hint for the Ballon D'Or, perhaps?

The audience looks expectantly as the groups continue to be announced. We are starting to get a good look at what the Champions League draw will look like now...

Midfielder of the year goes to De Jong!

The young Barça player impressed everyone with his performance for Ajax last year, making it to the Champions League quarter-finals. Fresh talent for the future here.

Some retakes of last year's matches then... Juventus and Atletico, Liverpool and Napoli!

The groups, as it currently stands, look like this:

The draw continues... Bayern Munich is joined by Tottenham in group B!

The second part of the draw continues. Peter Cech and Wesley Sneijder are sorting out the groups team by team, letter by letter. We will bring you the complete list as soon as the ceremony continues.

Defender of the Year

And the draw begins!

The first part of the draw begins! The first teams of each group have been announced. As it currently stands, we have:

Goalkeeper of the Year Award

The winner of the UEFA Goalkeeper of the Year is Liverpool star Alisson Becker. No surprises here! The Liverpool frontman was key to his team's success in the Champions League and the Premier League.

The three nominees for player of the year... Like we said before, these guys should meet more often.

Group of death this year?

As Eric Cantona, President's Award recipient, speaks, let's go over what could be this year's group of death. Liverpool, Real Madrid, Inter and RB Leipzig are strong contenders for the group of death, but to be fair, teams seem to be stronger than ever and, as last year's experience taught us, anything could happen.

The Ceremony has started!

As the ceremony gets underway, here's a few more pictures of stars arriving. Van Dijk looking as cool as ever.

During today’s proceedings, UEFA will also be announcing the winners of:

The UEFA Men’s Player of the Year

UEFA Women’s Player of the Year

Goalkeeper of the Year

Defender of the Year

Midfielder of the Year

Forward of the Year

The President’s Award - won this year by Eric Cantona

Liverpool are still very much one to fear this season...

Any team that ends up in Liverpool's group will undoubtedly struggle, but the current champions have definitely upped their game since last year.

The stars have started arriving!

The eternal rivals are both here... These two should meet more often.

Here's a little explanation as to how this works...

The top pot contains the two UEFA competition winners as well as the champions of the six highest-ranked nations. That means Liverpool and Chelsea are joined by Manchester City, Barcelona, Juventus, Bayern Munich, Paris Saint-Germain and Zenit St Petersburg. The remaining teams are then split across pots two to four by order of the club coefficient rankings. No team can be drawn against a club from their own league.

Before we go any further, first things first: the pots.

It's Champions League draw day and 32 teams will soon learn who they're going to be facing in the group stage. We'll be bringing you all the build-up and news as it happens from the draw, which is being held, as is tradition, at Monaco's Grimaldi Forum. 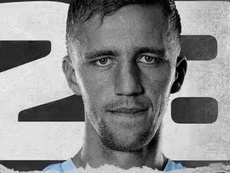 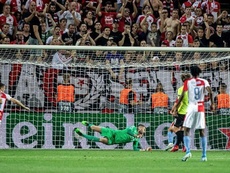 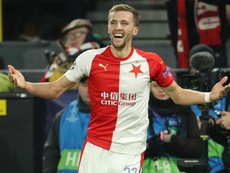