Working with Pep Guardiola can be the springboard to an impressive coaching career. Arsenal will hope Mikel Arteta continues the trend.

Mikel Arteta is the latest man to be charged with restoring success to a failing Arsenal, and Gunners fans will hope his previous working relationship with Pep Guardiola gives the Basque coach a head start.

Arsenal ditched another Basque tactician in Unai Emery last month and the process to appoint a replacement has been anything but swift.

Freddie Ljungberg took charge in an interim capacity but managed just a single win in five matches, highlighting the sorry state of the situation inherited by Arteta, whose appointment as head coach was confirmed on Friday.

It is former Arsenal captain Arteta's first job in management, having spent the three years since he retired from playing working as an assistant to Guardiola at Manchester City.

Guardiola has credited Arteta with improving him as a manager and believes the San Sebastian native is "absolutely ready" to strike out on his own after a "magnificent" time together at City.

Given his success in management, Guardiola has unsurprisingly been mentioned as a major inspiration for many coaches.

Here, we examine four others to have worked closely with Guardiola and enjoyed success.

Guardiola and Vilanova came through Barcelona's youth academy together as youngsters, though the latter went on to spend much of his playing career in the lower divisions. They reunited as coaches in 2007, with Vilanova assuming the role of assistant with the Barcelona B side, before taking up a similar position when Guardiola was promoted to the senior team the following year.

They worked together until Guardiola departed in 2012, with Vilanova subsequently appointed his successor. He led Barca to LaLiga success despite requiring a leave of absence for cancer treatment, but he officially stepped down in July 2013 due to a relapse. Vilanova died in April 2014 due to complications from cancer.

Although Luis Enrique never worked specifically in tandem with Guardiola, he did succeed his friend and former team-mate when taking charge of Barca B in 2008. That meant Luis Enrique's team fed directly into Guardiola's senior side for three seasons.

"You could see from the start he was special," the City boss once said of the former attacking midfielder, who like Guardiola also won a treble in his debut season in charge of the Barcelona first team after spells at Roma and Celta Vigo. Luis Enrique has since gone on to become Spain coach.

Ten Hag had already coached a senior team when he was put in charge of Bayern Munich's second string in June 2013, having led Go Ahead Eagles to a sixth-placed finish in the Eerste Divisie. Despite managing separate teams at the club, Ten Hag and first-team boss Guardiola worked closely. Guardiola said last season: "I was lucky to meet him at Bayern and he was an assistant from the second team. We had a lot of chats."

Ten Hag left Bayern the year before Guardiola and led Utrecht to fifth and fourth in the Eredivisie, earning him a shot at the big time with Ajax. Since his December 2017 appointment, the Dutchman has won a league title and taken Ajax to the Champions League semis last term. A return to Bayern – but this time with the senior side – appears likely. 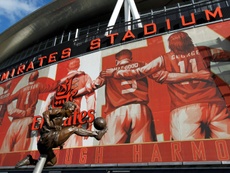 Arteta calls on Arsenal to put Euro pain behind them 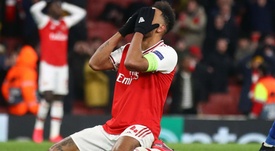