Argentina and Chile have contested the last two Copa America finals but they meet in the third-place match this time.

Argentina boss Lionel Scaloni insisted he has already passed a major test of leadership ahead of his team's Copa America third-place play-off against Chile.

After several years of chopping and changing managers, Argentina were hopeful Scaloni would lead them to trophy glory in Brazil to prove without any doubt he is the right man for the job.

He was appointed last year in the wake of Argentina's World Cup failure, when Jorge Sampaoli was in charge.

At the Copa, however, Argentina missed out after losing 2-0 to hosts Brazil in the semi-finals and inevitably that led to questions being asked of Scaloni's leadership.

He addressed that issue on Friday, saying: "I do not feel as though I am on trial. I think my test has already passed. Bringing these players and making them play was my test, and I did it. What we came to do, we did."

Scaloni believes he has selected the best available squad for Argentina and said: "These players will be the future of the national team, whoever the coach is."

His contract runs until the end of the year, and it might help Scaloni's prospects of a longer run at the job if Argentina can deliver an assured performance on Saturday at the Corinthians Arena in Sao Paulo.

"The match with Chile is important," said Scaloni. "We want to finish in the best way possible. Everyone is motivated."

The match is a repeat of the 2015 and 2016 final, both of which Chile won on penalties after goalless draws.

Chile's Colombian coach Reinaldo Rueda looked back to the title match of three years ago, saying both teams are now in a new era.

Arturo Vidal is a major doubt for the game, Rueda revealed, saying the Barcelona midfielder's sprained ankle needed to be cared for. "But we know his character and his desire to be out there," Rueda added.

The former Honduras and Ecuador boss saw Chile lose 3-0 to Peru in their last-four game and, like Scaloni, he wants to leave Brazil on a winning note.

"It is an important match in every sense," Rueda said. "For dignity, pride and for wanting to finish well in a tournament at which something we achieved something important. 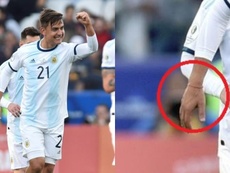 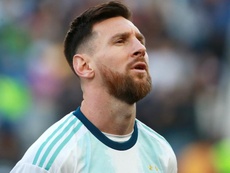 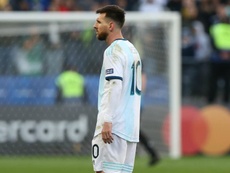 Messi rails against 'corruption' after red card in win over Chile 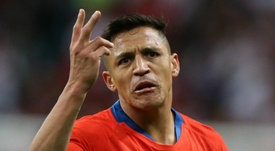 Sanchez hobbles off against Argentina

Argentina v Chile - as it happened