BeSoccer 11 days ago 2.7k
Barcelona confirmed the return of Ronald Araujo. EFE
Bad news for Uruguay, who are without Ronald Araujo for the next match against Brazil. The Barcelona central defender suffered "an injury in the right hamstring region" and he has returned to Barcelona.
End
Matchday 12
Brasil

Barcelona defender Ronald Araujo will miss Thursday's match between Uruguay and Brazil in 2022 World Cup qualifiers due to injury.

The Uruguayan FA confirmed this news on Tuesday by saying that the footballer has "a fibrillar injury in his right hamstring."

They say that Araujo ended the previous match with Argentina with a right thigh problem which led to tests being carried out on Monday night.

"Tests carried out by the Uruguayan FA's medical services have shown that first team player Ronald Araujo has a right hamstring injury which occurred in Sunday's games with Argentina. The player will return to Barcelona to allow the club's medical services to keep an eye on his injury," Barcelona announced.

This Sunday, Uruguay lost 3-0 to Argentina at the Monumental in Buenos Aires. In that game, Araujo as replaced by Giovanni Gonzalez after 73 miutes.

And on Thursday, Argentina will face Brazil at the Arena da Amazonia stadium. For that game, coach Oscar Tabarez will have just two central defenders at his disposal: Diego Godin and Sebastian Coates.

Nevertheless, Martin Caceres and Matias Vina can also occupy a place in the centre of defence. After 11 matchdays, Uruguay are 4th with 16 points, one more than Colombia.

In the meantime, Brazil are leading the way with 28 points pending what happens with the abandoned fixture between Brazil and Argentina. Barça gets the funds for 'Espai Barça' 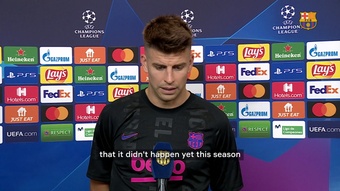 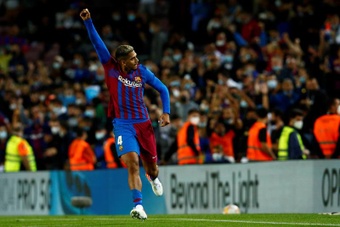