Gamba Osaka's hopes of repeating their Japanese treble of last season were dashed Saturday when the holders were beaten 3-0 by Kashima Antlers in the J-League Cup final.

Second-half goals from Hwang Seok-Ho, Mu Kanazaki and Brazilian Caio gave the Antlers a sixth J-League Cup and their first piece of silverware since lifting the same trophy three years ago.

South Korean defender Hwang's powerful header gave Kashima a deserved lead on the hour mark before late efforts from Kanazaki and substitute Caio added some gloss to the scoreline at the end of an absorbing game in chilly Saitama.

Gamba had their chances in the first major final of the Japanese season, but veteran midfielder Yasuhito Endo and Japan striker Takashi Usami failed to find the net from promising positions.

The Osaka side swept to the J-League, Emperor's Cup and J-League Cup treble last season after returning to the top flight following a year in the Japanese second division. 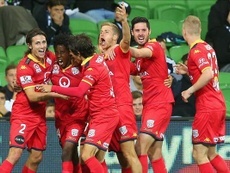 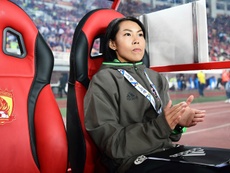 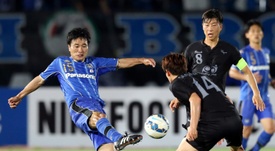 Gamba Osaka off to AFC Champions League flyer in Adelaide