Barcelona coach Ernesto Valverde described Ansu Fati as a "born scorer" after the teenager made history against Inter in the Champions League.

Fati, 17, became the youngest goalscorer in the competition's history, netting a late winner in a 2-1 victory at San Siro on Tuesday.

The attacker has three goals this season and Valverde praised the Spain youth international, whose strike came after Romelu Lukaku had cancelled out Carles Perez's opener in the Group F clash.

"They [Fati and Perez] are two players who have reached the first team this year. Young players, very young in the case of Ansu," Valverde told a news conference, via AS.

"The game was complicated, especially for Carles Perez because they had an experienced defence and he started, but he has a goal because he hits the ball well.

"Ansu has been going through some physical difficulty, with some discomfort, but he is a born scorer." 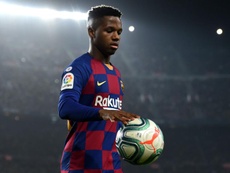 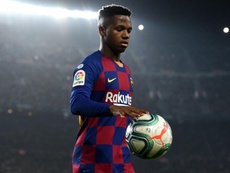 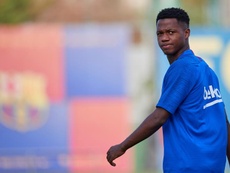 The Spanish Super Cup, the perfect stage for Ansu Fati to shine 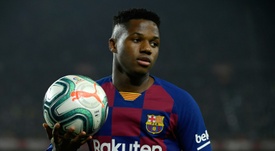 The 'Ansu effect' is reduced

With Busquets, but no Ansu Fati