Angeliño will return to City because of the crisis

RB Leipzig have decided that they will not execute the option to buy that they have on Angeliño, as they think that they can't spend 30 million euros on a player at the moment. Angeliño will return to Manchester City when the season ends.

Angeliño ends his loan on RB Leipzig and returns to Man. City

It isn't that he's doing something wrong, or that Nagelsmann isn't using him. The problem is that RB Leipzig feel that they aren't in a position to pay out a whopping 30 million euros for the Spanish wing-back.

He played with City until January. He has played 12 matches, starting 11 of them for Leipzig, more than 1000 minutes of play performing at his best.

But it isn't' enough. RB Leipzig will not keep him, because they can't, or rather they don't want to pay the 30 million euro buyout option agreed with City.

His manager, Julian Nagelsmann, thus explained it to 'Bild'. "I think we'll manage to finish in the top four and qualify for the Champions League", he said.

"And even if that happened, I think we probably won't execute the options with Schick and Angeliño. We can't waste resources, even if we qualify for the Champions League", he continued.

"We have a rigorous plan and a budget that must be respected. If we don't sell players, it's unlikely we'll be able to bring in others", the German manager added.

Angeliño ends his loan on RB Leipzig and returns to Man. City 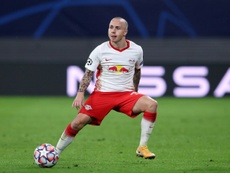 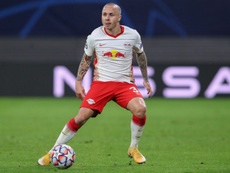 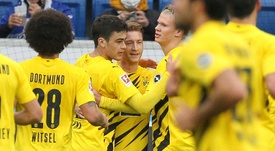