Ángel could sign on Saturday: Barca waiting for 'o.k' from La Liga

Ángel ticks all the boxes to replace Luis Suárez. Barca are hoping to get the all-clear from La Liga to get the deal done as soon as possible. His transfer could be made official on Saturday when Getafe visit the Camp Nou in the league.

Ángel is ready for the big test at the Camp Nou and Barcelona are ready to open their doors wide for him. The Getafe player is the firm candidate to occupy the post that Luis Suárez left free in the Barca attack.

An injury, the Uruguayan's, alongside the 6 months that Ousmane Dembélé will be out for, which has forced the Catalans to dip into the market after the closure of the winter window, with the veteran Spanish attacker's name the clear favourite.

Just an Ángel who will visit the Camp Nou this Saturday to face what could be his new team in the next few hours, as Barca are waiting for the 'o.k' from La Liga in order to sign him as soon as possible, according to information published by 'Marca'.

In fact, they could make the most of Getafe's visit to Barcelona get the transfer of the ex-Zaragoza player done with the board, who was included in the squad for the match.

This agreement could lead to Ángel not playing against Barca, in an attempt from Barca to avoid any possible last-minute injury of their future player.

Despite some rumours signalling that he could even get some game time as a Barca player against his ex-team, this option is already more than complicated as neither the deal has been done nor has he been included in the squad of, supposedly, his new team. 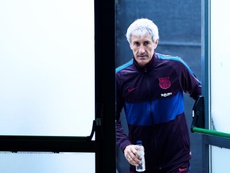 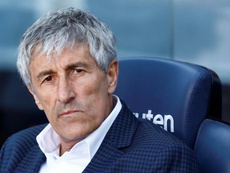 Setien unimpressed with officiating in Barca's win over Getafe 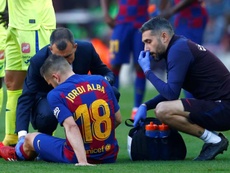 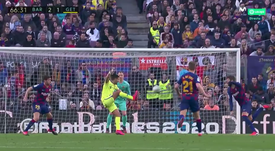