Al Sadd in quarter-finals thanks to Bounedjah brace

The prolific Bounedjah continued his sensational comeback from a near three-month injury layoff after suffering a fracture during a Qatar Stars League match in November.

The Algerian was already the top scorer of the tournament during the group stage with seven goals before his efforts on Monday gave the 2011 champions their first last eight berth since 2014.

Al Sadd, the most successful team in Qatar, were off the blocks quickly with Bounedjah making a mockery of the defence by dribbling into the box and shooting fiercely past Al Ahli goalie Mohamed Owais in the second minute.

The hosts went ahead in the match and levelled the aggregate scores in the 39th minute as Abdulkarim Hassan failed to clear the ball and Mohannad Aseri did the needful with a tap-in.

Aseri could have given his teams chances a tremendous boost in the 62nd minute but he inexplicably miscued his shot from close after a pass from Abdulfattah Asiri.

However, the tide changed in Al Sadda's favour when Hamid Ismail was brought down in the box by Claudemir in the 69th minute, and although goalkeeper Owais blocked his initial shot, Bounedjah was quick to score off the rebound to send his team through.

Earlier on Monday, Iran's Persepolis progressed to the quarter-finals on away goals after a 2-1 win over the UAE's Al Jazira in the second leg of their last 16 tie at Tehran's Azadi Stadium.

The Iranians knew the two goals they scored during their 3-2 loss last week in Abu Dhabi in the first leg would stand them in good stead if they kept their composure, and that indeed proved the case after Syed Jalal Husseini's 89th minute winner helped them break the deadlock for a 4-4 aggregate.

Persepolis went ahead in front of their home fans through a powerful shot from 25 yards by Ahmed Nourollahi following an assist from Farshad Ahmadzadeh in the 63rd minute, forcing Al Jazira coach Henk ten Cate to look for more attacking options.

The Dutchman brought in forward Ahmed al-Hashmi in place of defender Mohamed Fawzi and that paid off as Al Jazira managed to grab the equaliser just seven minutes later.

Al-Hashmi combined well with Ali Mabkhout to set up Brazilian Romarinho, whose fine shot from outside the area found the bottom corner of the net to restore Al Jazira's advantage.

With the minutes ticking by, Persepolis dominated proceedings but their attempts to score ended in frustration as goalkeeper Ali Khaseif proved equal to the task, thwarting headers from Ali Alipour and Godwin Mensha.

However, with one minute remaining for the final whistle, it was captain Husseini who came to Persepolis' rescue, a fine winning volley following a poor clearance from Mosallem Fayez giving them a deserved win and a chance to progress further in the tournament. 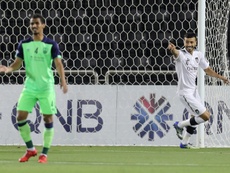 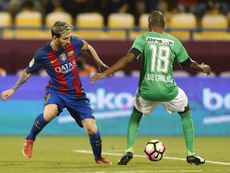 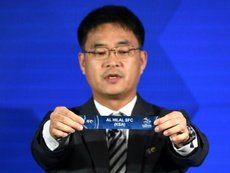 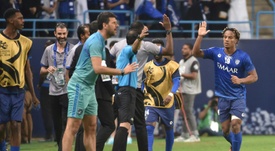