Aguero and Jesus start as Silva returns for Manchester City

Sergio Aguero and Gabriel Jesus have not started a Premier League game together for 16 months but will kick-off against Aston Villa.

Manchester City captain David Silva will make his first Premier League start for a month at Aston Villa, where Pep Guardiola has selected Sergio Aguero and Gabriel Jesus in his XI.

Silva, who will end a 10-year association with City when his contract expires at the end of this season, sustained a thigh injury during December's 2-1 defeat to Manchester United and made brief substitute appearances against Everton and Port Vale at the start of this month.

Aguero and Jesus last started a Premier League game in tandem against Newcastle United in September 2018.

It means Guardiola has granted Aguero a shot at overhauling Thierry Henry as the Premier League's leading overseas goalscorer. The Argentina striker is on 174, one behind Henry's record mark.

Jesus' fellow Brazilian Ederson is back from suspension as one of six changes from the City team that beat United 3-1 in the first leg of their EFL Cup semi-final at Old Trafford in midweek, with Bernardo Silva and Raheem Sterling among those dropping to the bench.

The former Leicester City player joined on loan from Chelsea this week following an unsuccessful stint at Burnley, where his only Premier League appearance came in a 4-1 loss to City at the start of last month. 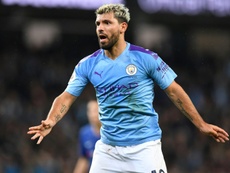 Kun's anecdote after his performance against Aston Villa 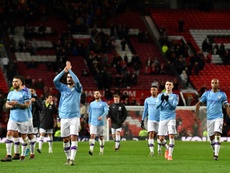 'The Sun': several City players hold a party with girls after 1-6 win 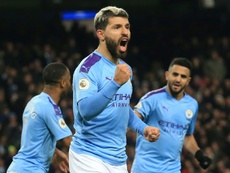 "Kun is the most humble person I know" 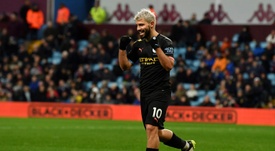