"It is a recognition of the talent and capability within our continent," said the head of state as he reacted to Mosimane becoming the first sub-Saharan African to coach the Cairo club.

"Pitso will be missed as a force in South African football, but his appointment strengthens the bonds of friendship between our two countries."

Mosimane replaced Swiss Rene Weiler, who led Ahly to the Egyptian Premier League title this season but could not agree terms for a renewal of his contract.

Here, AFP Sport rounds up football news from the continent:

His new club have already clinched a 42nd title and are 15 points above fierce rivals Zamalek with four matches to play but Swiss coach Rene Weiler left after contract talks with the club broke down.

Mokawloon are desperate for a win as they trail Pyramids by five points in the race to finish third and qualification for the CAF Confederation Cup, the African equivalent of the Europa League.

The four-time European champions worked with their Cape Town namesakes for 21 years, offering coaching assistance and taking talented locals to the Netherlands.

But the plan gradually misfired with a Ajax Amsterdam statement saying "the South African market has not produced enough talent and the club has shifted its focus to other markets".

Wubetu Abate has replaced Abraham Mebratu as coach of Ethiopia, who have competed at the Africa Cup of Nations only once in the past 38 years.

Mebratu did pull off a surprise home win over the Ivory Coast in a 2021 qualifier, but achieved little else of note for a country ranked 41st in Africa and 146th in the world.

"It is a dream come true for me to manage my country," said Abate as he prepared for two Cup of Nations qualifiers against Niger next month.

Hoffenheim defender and former Germany U20 captain Kevin Akpoguma has opted to play for Nigeria -- the birthplace of his father -- at senior level.

The 25-year-old can switch international allegiance because he has not played for the German senior team.

Germany-born Nigeria coach Gernot Rohr says Akpoguma could be considered for home and away Cup of Nations qualifiers against Sierra Leone during November.

Five-time CAF Champions League winners TP Mazembe of the Democratic Republic of Congo have hired a Cameroonian midfielder and a Guinean forward for the 2021 African campaign.

Guinean Moustapha Kouyate, 26, joins 11-time CAF title winners Mazembe from Muscat Club in Oman and is seen as a successor to Jackson Muleka, who moved to Standard Liege recently.

He sprang to prominence in the 2018 African Nations Championship, scoring nine goals as hosts Morocco won a competition restricted to footballers playing in their country of birth.

Conakry-based Horoya are the only non-north African side to reach the semi-finals of the two 2020 CAF club competitions and much of the credit belongs to businessman Antonio Souare.

He has poured millions of dollars into the club that has not lifted a continental trophy since winning the now defunct African Cup Winners Cup 42 years ago.

Souare is bankrolling the new stadium and an academy outside the Guinean capital for the club who meet Pyramids of Egypt this month in a Confederation Cup semi-final. 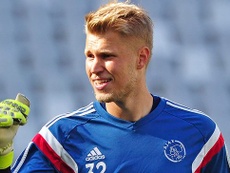 Best own goal of the season 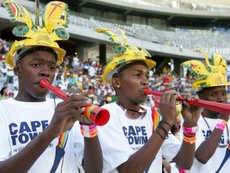 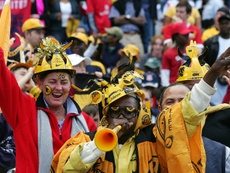 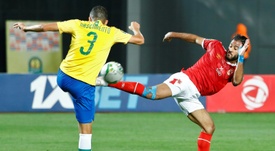