Abraham, Mount and their Blues team-mate Fikayo Tomori were all named by England manager Gareth Southgate in the squad for the forthcoming Euro 2020 qualifiers in the Czech Republic and Bulgaria.

The promising young trio hogged the spotlight once again at St Mary's as Abraham and Mount netted to maintain their superb starts to the season.

Abraham has nine goals in all competitions for Chelsea this term, underlining why Southgate is keen to get him action in a competitive match to ensure he commits to England.

The 22-year-old striker has won two caps for England in friendlies against Brazil and Germany in 2017, but he had flirted with switching his international allegiance to Nigeria, who he qualifies for through his father.

Tomori, 21, is also eligible to represent Nigeria, but the centre-back showed his England credentials with another composed display to keep Southampton largely at bay.

Mount, 20, bagged Chelsea's second goal to once again showcase the predatory instincts that have helped the midfielder make a smooth transition to the Premier League following last season's loan alongside Tomori at Derby.

Danny Ings got one back for Southampton, but N'Golo Kante and Michy Batshuayi struck to make it four successive wins in all competitions for Chelsea, who are beginning to thrive in Frank Lampard's first season in charge.

Chelsea are up to fifth in the Premier League heading into what promises to be a memorable international break for the club's three young talents.

Southampton have won just two of their last 13 league games and are winless in their last six home matches.

Southampton threatened in the opening minutes when Nathan Redmond hit a swerving strike that flashed just over from long-range.

Callum Hudson-Odoi was starting for Chelsea for the first time in the league this season and the England winger created their first chance with a burst that ended with Abraham shooting straight at Angus Gunn.

It was a warning that Southampton failed to heed as Chelsea took the lead in the 17th minute.

Hudson-Odoi floated a long pass towards Abraham and he nipped ahead of Saints defender Maya Yoshida to reach it on the edge of the area.

With Gunn having sprinted off his line, Abraham lofted his shot high over the keeper and the ball crossed the line despite Yoshida's despairing attempt to clear with a bicycle kick.

Jorginho played a return pass to Willian who slipped the ball through to Mount. The youngster glided into the area and slotted past Gunn.

Mount should have scored again when he drove wastefully wide from Abraham's pass.

Chelsea had kept only one league clean-sheet in seven games under Lampard and they were breached easily in the 30th minute.

Yan Valery was allowed to drift past four Chelsea defenders without a single challenge and he whipped a cross to Ings, who got across Kurt Zouma to poke his shot past Kepa Arrizabalaga.

Valery had played a key role in Southampton's goal but he was guilty of deserting his post in the 40th minute and Marcos Alonso moved into the space vacated by the defender.

Alonso's pass found Kante on the edge of the area and the France midfielder unloaded a shot that took a big deflection of Pierre-Emile Hojbjerg on its way past the wrong-footed Gunn.

Batshuayi came off the bench to wrap up Chelsea's stroll on the south-coast with a clinical finish in the 89th minute. 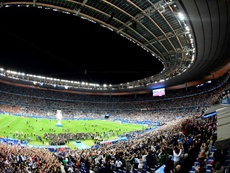 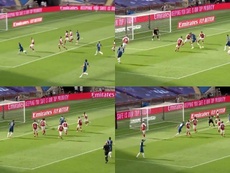 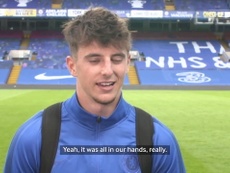 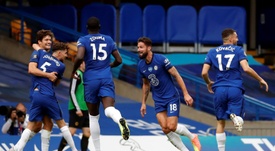