Football across the world is grappling with how to readmit crowds while preventing infections, with the English Premier League among the high-profile competitions still taking place behind closed doors.

The coronavirus emerged in China late last year but the country has successfully curtailed the number of local infections, allowing football fans to begin returning to matches in limited numbers.

The postponed CSL began in July without spectators but there were about 3,000 fans on Saturday for a 2-2 draw between title contenders Beijing Guoan and Shandong Luneng in Suzhou.

The title will be decided over two legs, on November 8 and 12, in Suzhou, near Shanghai.

"It'd be that kind of ceiling because it's a big game for sure," he added. That figure is likely to be lowered if there is a sudden spike in virus cases.

The Suzhou stadium holds nearly four times that number but attendance will be limited to allow social distancing.

Fabio Cannavaro's Guangzhou Evergrande took a step closer to retaining the title as they thrashed Hebei China Fortune 5-0 on Wednesday to win their two-legged quarter-final 8-1.

The 16-team league has been played in two "bubbles", one in Suzhou and the other in Dalian, since it kicked off five months late.

The first phase lasted 10 weeks and no coronavirus infections were reported among players, coaches or staff.

After a short time home with their families, teams are now back in the bubbles for the remainder of the season.

That means being restricted to their hotels, training pitches and stadiums.

"There's been no major cases of breaching the rules and people (teams) have been very cooperative. That's the key," said Liu. 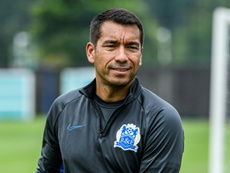 Van Bronckhorst quits after one season in China 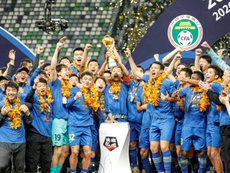 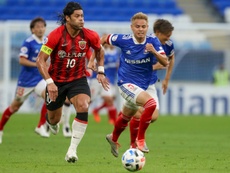 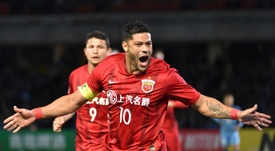