The A-League season appears set to pause on Tuesday, and second-placed Melbourne City are yet to clinch their Finals place.

Melbourne City failed to seal a Finals berth ahead of the potential suspension of the A-League season as they lost 2-1 at Newcastle Jets on Monday.

Football Federation Australia has called a news conference for Tuesday as a pause in the 2019-20 campaign seems inevitable amid the coronavirus pandemic.

The postponement of Perth Glory's meeting with Western United made this McDonald Jones Stadium clash the last before the anticipated announcement, and second-placed City could not claim the victory required to clinch a post-season place.

Early openings were few and far between, but the Jets built up a head of steam heading into half-time, and Nick Fitzgerald - wasteful with a tame prior effort - broke the deadlock in style.

The former City winger controlled on the right corner of the penalty area, cut inside two backtracking defenders and placed a finish inside the left-hand upright.

The visitors controlled the second half, though, and substitute Florin Berenguer guided a header into the net - a belated first effort on target - for the leveller 19 minutes from time.

Yet back came Newcastle through Steven Ugarkovic, whose 25-yard strike beat Tom Glover's weak left hand to find the top-left corner and restore a decisive lead. 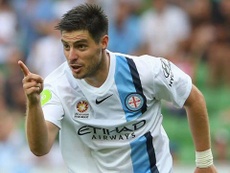 Melbourne City 4 Newcastle Jets 0: Fornaroli at the double as City ease to win 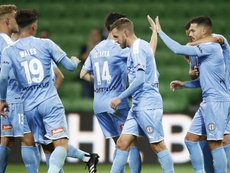 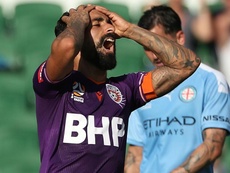 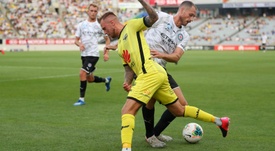