A host of players could make their senior international bows this week. Here are six of the biggest stars preparing for those appearances.

Several stars will hope to make their first senior appearances for their countries this week as international football returns.

While most European nations will prepare for their final Nations League matches with friendlies in the coming days, South America is straight back into competitive action with the latest rounds of 2022 World Cup qualifiers.

A host of players are celebrating call-ups and will be doing their utmost to win their first caps, particularly with less than a year to run until the delayed Euro 2020 and Copa America finals.

We've picked out six of the biggest names hoping to make an impact on their debut this week...

Borussia Dortmund's Jude Bellingham was called up by England boss Gareth Southgate after injuries to Trent Alexander-Arnold and James Ward-Prowse.

The 17-year-old, who will be England's third-youngest debutant if he plays this month, has enjoyed a strong start to life in the Bundesliga and beat the likes of James Maddison and Ross Barkley to a spot in the Three Lions squad.

Key Fact: Bellingham is averaging 68 successful passes per 90 minutes in the Bundesliga this season for Dortmund, the highest figure for any teenage midfielder in Europe's top five divisions.

Didier Deschamps said Ruben Aguilar could also make his debut this week, but it is Borussia Monchengladbach's Marcus Thuram who is capturing much of the focus on the France squad.

The son of 1998 World Cup winner Lilian Thuram, who holds the record for France caps on 142, striker Marcus Thuram scored both goals in Gladbach's 2-2 Champions League draw with Real Madrid.

Key Fact: Thuram has been directly involved in 20 league goals since the start of last season (11 goals and nine assists) – the only Gladbach player with more in this period is fellow Frenchman Alassane Plea.

Along with Philipp Max of PSV and Wolfsburg's Ridle Baku, Augsburg's Felix Uduokhai is a new face in Joachim Low's Germany squad, having been a runner-up at the European Under-21 Championship last year.

The 23-year-old defender joined Heiko Herrlich's side permanently after impressing on loan from Wolfsburg last season and has performed well in a mixed start to the season for the Bavarians.

Key Fact: Uduokhai has already amassed 43 clearances in Augsburg's opening seven Bundesliga matches this season, the most of any player in the division.

Roberto Mancini named a handful of uncapped players in his typically expansive Italy squad, but Pietro Pellegri's debut has been eagerly awaited for some time.

Having missed out through injury after his previous call-up two years ago, the 19-year-old forward - who cost Monaco €25million in January 2018 - is getting his career back on track after a raft of fitness problems.

At 25, it feels as though Marcos Llorente's Spain debut has been a long time coming, but his performances in a more attacking role for Atletico Madrid this season have truly caught the eye.

The former Real Madrid man, who famously scored twice at Anfield in extra time to knock Liverpool out of last season's Champions League, has helped Atleti to an unbeaten first seven games in LaLiga in 2020-21.

Key Fact: Llorente has been directly involved in 11 goals in his past 21 appearances in LaLiga (six goals and five assists) – prior to this run, he had a total of zero goals and two assists in 69 appearances in the competition.

Diego Carlos played a key role to help Sevilla win the Europa League in his first season in Spain. Indeed, having conceded penalties in the quarter-final, semi-final and final, it was his overhead kick that Romelu Lukaku turned into his own net to hand Julen Lopetegui's side the trophy.

The 27-year-old centre-back, who joined after three years with Nantes, is now bidding to become a mainstay in Tite's plans as the Copa America and 2022 World Cup loom on the horizon.

Key Fact: Diego Carlos has started seven sequences of play that have ended with Sevilla attempting a shot in LaLiga this season, the joint-most of any centre-back in the division alongside Gerard Pique. 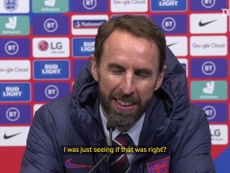 VIDEO: Southgate clarifies whether he had to check Bellingham's homework 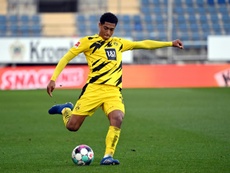 'Fantastic talent' Bellingham called up for England at just 17 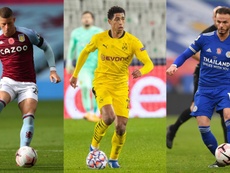 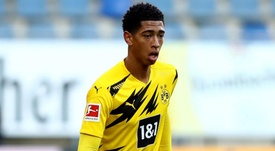