2019 UEFA Super Cup: when and where to watch Liverpool v Chelsea

Lampard's Chelsea meets Klopp's Liverpool for the 2019 UEFA Super Cup at the Vodafone Park in Istambul, Turkey on Wednesday 14 of August! Here are all the details regarding kick-off time and where to watch!

Just when the Premier League's leading lights seemed set to stop stockpiling air miles until the start of their European adventures, Chelsea and Liverpool interrupt the first week of their campaigns for a UEFA Super Cup showdown in Istambul.

The match is the season opener for European competitions as the winners of the Champions League and the Europa League face off.

Frank Lampard and his Chelsea troops will face their second heavyweight clash in the space of four days when they lock horns with Liverpool in the UEFA Super Cup on Wednesday night.

The Blues endured a 4-0 humbling at the hands of Manchester United on Sunday, goals from Marcus Rashford, Anthony Martial and Daniel James suggesting they may struggle to cope without superstar winger Eden Hazard after the Belgian departed for Real Madrid during the summer.

Contrastingly, Liverpool made an impressive start to their 2019/20 Premier League campaign. Jurgen Klopp's men collected three points at home to Norwich City, the Reds continuing their form of yesteryear with a convincing 4-1 victory over the newly-promoted Canaries.

They are the reigning European champions following their Champions League triumph in June, English rivals Tottenham unable to prevent the Merseysiders from earning a sixth continental crown.

Mere days before that showdown in Madrid, Chelsea emerged 4-1 winners versus ​Arsenal in the Europa League final in what proved to be Hazard's final game for the club - as well as former coach Maurizio Sarri's - to set up this meeting with Liverpool in Istanbul. 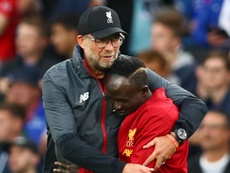 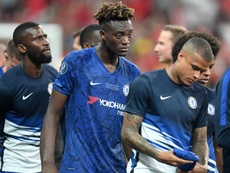 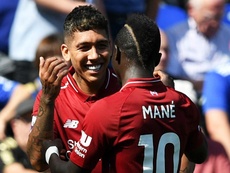 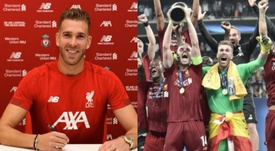 "It's been a crazy week": from having no team, to being a hero in a matter of days